In response to the company reporting a higher-than-expected first-quarter loss, shares of Radius Health (NASDAQ:RDUS), a biopharma focused on bone disease, dropped by 10% as of 3 p.m. EST on Monday.

Radius Health reported a net loss of $56.9 million for the quarter, or $1.32 per share. This figure was a little bit higher than the $1.18 net loss that Wall Street had expected, and could be contributing to the selling pressure today.

Turning to the balance sheet, Radius reported $282.1 million in cash at quarter-end. Management estimates this is enough cash to fund operations for at least another year. 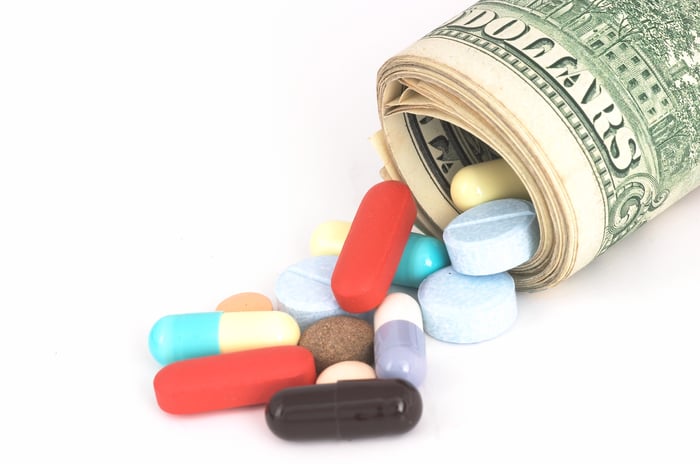 Financial updates aside, the big news out of Radius recently was that it received approval from the U.S. Food and Drug Administration for Tymlos -- formerly called abaloparatide -- on April 28th. The company plans on launching the drug for sale later this month. However, it is worth pointing out that Tymlos was approved with a black-box warning label for those who have an increased risk of developing osteosarcoma, which is a type of bone tumor.

Regardless of short-term price movements, Radius investors have a lot to look forward to in the year ahead.

For one, the company should hear an opinion from CHMP (the Committee for Medicinal Products for Human Use, of the European Medicines Agency) related to a potential European approval in the coming months. Next, management hinted that it could announce a commercialization partner prior to the drug's launch. Finally, data from the recently completed 24-month ACTIVExtend clinical trial is expected to be released later this quarter.

On the other hand, the FDA is set to rule in just a few months on Amgen's osteoporosis drug romosozumab. This drug is expected to compete directly with Tymlos, so if the FDA doesn't slap it with a similar warning label, then Radius might have a hard time competing.

While Radius Health's investors will want to keep an eye on romosozumab, osteoporosis remains a huge problem that affects more than 200 million people worldwide. That could prove to be a big enough market opportunity for Tymlos to generate significant sales even if it is forced to play second fiddle to romosozumab.