Please ensure Javascript is enabled for purposes of website accessibility
Log In Help Join The Motley Fool
Free Article
Join Nearly 1 Million Premium Members And Get More In-Depth Stock Guidance and Research
By Leo Sun – May 2, 2017 at 9:21AM

It might seem tough to find decent value plays in today's frothy market. However, the two halves of the company formerly known as Hewlett-Packard -- HP (HPQ 2.34%) and Hewlett-Packard Enterprise (HPE 1.43%) -- both look like interesting value plays based on their low P/E ratios.

HP trades at 12 times earnings, compared to its industry average of 20. HPE trades at 10 times earnings, which is much lower than its industry average of 30. Based on those figures, it might seem like HPE is a better value play. But if we examine both stocks more closely, we'll notice that three simple factors actually make HP a better value play than HPE. 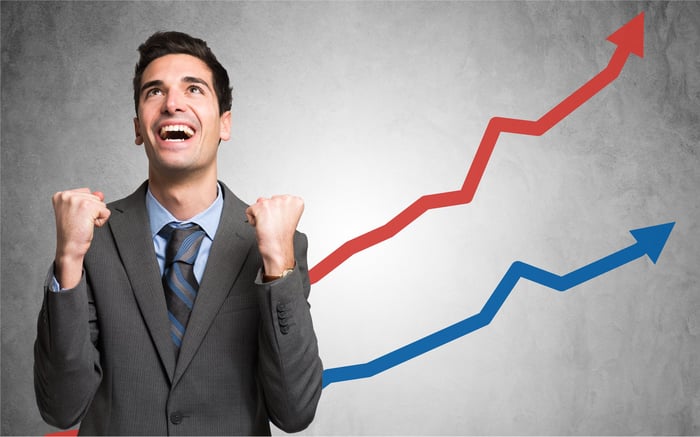 After the two companies split in late 2015, HP retained the company's PC, printing, and imaging businesses, while HPE retained its enterprise hardware, software, and services. At the time, none of those markets looked appealing -- PC sales were stuck in a multi-year slump, printer sales were waning due to paperless workplaces and generic cartridges, and companies were spending less on enterprise hardware, services, and software solutions.

However, the PC market started warming up again this year, supported by rising demand for premium laptops, convertibles, and other 2-in-1 devices. That's why HP's Personal Systems (PC) revenue rose 10% annually to $8.2 billion last quarter. HP's Printing sales still dipped 3% to $4.5 billion, but the company has been diversifying that business with mobile printers for smartphones and industrial 3D printers, and expanding its scale by acquiring Samsung's printing business. 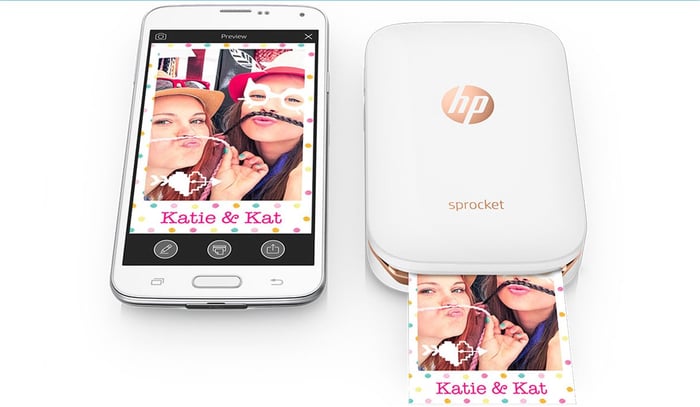 Based on the differences between HP and HPE's core markets, it isn't surprising that Wall Street expects HP to post better top and bottom line growth over the next two years.

Analysts expect HP's revenue to rise 1% this year and decline 1% next year as the PC market gradually bottoms out and the company alters its printing business. That growth isn't impressive, but it's much better than HPE's projected revenue declines of 28% this year and 17% next year. Last quarter, HPE attributed those declines to "increased pressure from foreign exchange movements, higher commodities pricing, and some near-term execution issues." 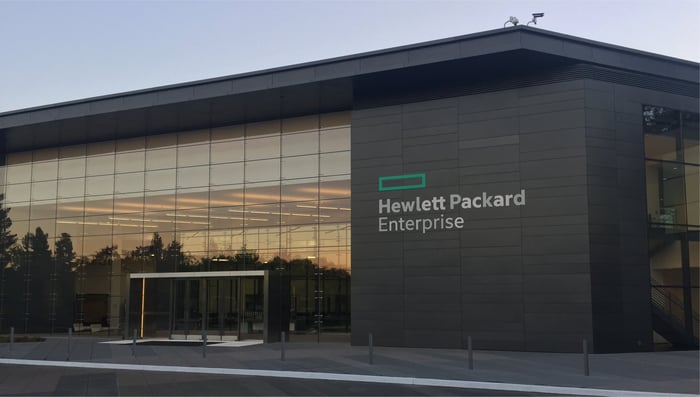 Both HP and HPE use buybacks to boost their earnings. Over the past 12 months, HP spent $702 million (19% of its free cash flow) on buybacks. HPE spent $1.83 billion on buybacks, which exceeded its free cash flow and was partly funded by debt. Analysts currently expect HP's earnings to rise 1% this year and 5% next year. Again, those numbers aren't great, but they're much better than HPE's projected earnings declines of 23% this year and 8% next year.

I generally like a company with fewer moving parts, because they're easier to understand. HP's core PC and Printer businesses are clear cut, and the market trends are easy to follow. HPE's business is more complex and murky, and CEO Meg Whitman seems to be channeling IBM by cutting jobs, divesting businesses, and performing complex spin-mergers to boost its bottom line growth.

Prior to the split, HPE shuttered its public cloud service to focus on the less-competitive on-site and hybrid cloud markets. It then agreed to spin-off and merge its struggling IT services unit with Computer Science Corp. in an $8.5 billion deal, then agreed to spin-off of its "non-core" application delivery management, big data, and enterprise security businesses to Micro Focus International in another $8.8 billion deal. It then acquired smaller companies -- like supercomputer maker to SGI and hyperconverged infrastructure vendor SimpliVity -- to strengthen its hybrid cloud business. That's a lot of moving parts compared to HP's PC, printing, and imaging businesses.

I'm not saying that HP is the ideal value stock for all investors -- its growth is anemic and it doesn't offer many compelling ways to grow in adjacent markets. But the company's recovering core markets, simpler business model, stable growth, and higher dividends all make it a much better value stock than HPE.