Shares of Green Plains (GPRE 0.66%) rose nearly 12% today, after the nation's second largest consolidated owner of ethanol production facilities provided a financial update for the quarter ended March 31. The company's ambitious strategy to diversify revenue and income streams appears to be paying off, especially considering the year-over-year improvements. Despite a relatively soft first quarter (which is always the weakest for the seasonal industry) for ethanol prices and marketable tax credits, management announced an almost $50 million improvement in EBITDA compared with the year-ago period.

The significant increase was driven by greatly increased ethanol production -- and the strongest-ever yearly start for domestic ethanol exports -- and major contributions from the company's cattle and vinegar businesses. As of 3:55pm EDT, the stock had settled to a 11.1% gain. 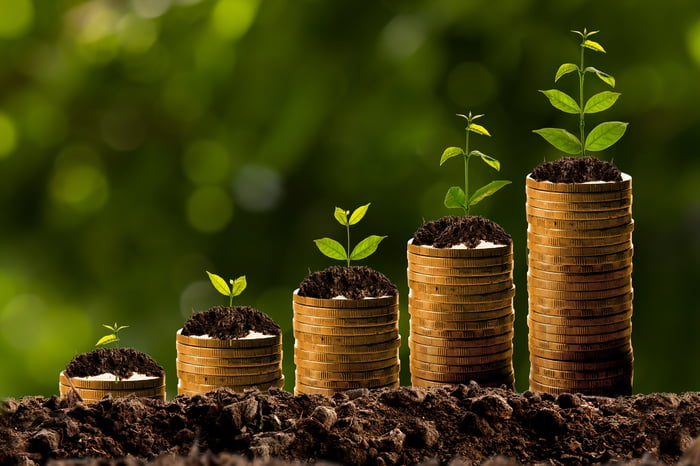 Here are the major financial results from the first quarter of 2017 compared with the year-ago period:

Nearly every segment and metric achieved a noteworthy improvement compared with last year. But while the business is still largely driven by ethanol production and the sale of corn byproducts, investors shouldn't sleep on contributions from the food and ingredients and agribusiness segments. Specifically, the performance of the former, which was lifted by the fourth-quarter 2016 acquisition of Fleischmann's Vinegar -- one of the world's largest producers of food-grade vinegar -- and impressive growth in the company's cattle feedlot (animal feed and ethanol remain the single-largest uses of American corn and corn byproducts). Investors should expect the gains to continue throughout 2017.

That's especially true considering major moves in the last two months. In March, Green Plains purchased a second cattle feedlot near one of its ethanol production facilities in Texas. The company followed that last month by purchasing two more cattle-feeding operations from Cargill, which include multi-year offtake agreements with Cargill Meat Solutions. The recent acquisitions push the company's total cattle capacity to 258,000 head -- compared with just 73,000 during the first quarter of 2017 -- and instantly makes it the fourth-largest cattle feeder in the United States.

Green Plains remains very well positioned to capitalize on growing trends in multiple industries. The global appetite for American ethanol remains the strongest ever, which has lifted exports to record highs in recent months. The ability to vertically integrate corn byproducts with cattle feedlots further improves the company's margins in an industry witnessing similarly impressive global demand. And the vinegar business allows for respectable growth and diversification from the company's more commodity-dependent segments. Long story short, the future looks bright for this ethanol stock.