In about a month, Intel (NASDAQ:INTC) is expected to roll out its next-generation processor family for high-end desktops, known as Skylake-X. The chips will, per a recent leak from the generally reliable BenchLife.info, feature between six and 12 processor cores, have improved processor cores compared to the current Broadwell-E parts that Intel is selling in this market, and be manufactured in the company's new 14-nanometer-plus technology.

All in all, it looks like Intel is preparing some interesting chips that, along with a new platform known as X299, should be interesting to desktop enthusiasts, prosumers, and even gamers. 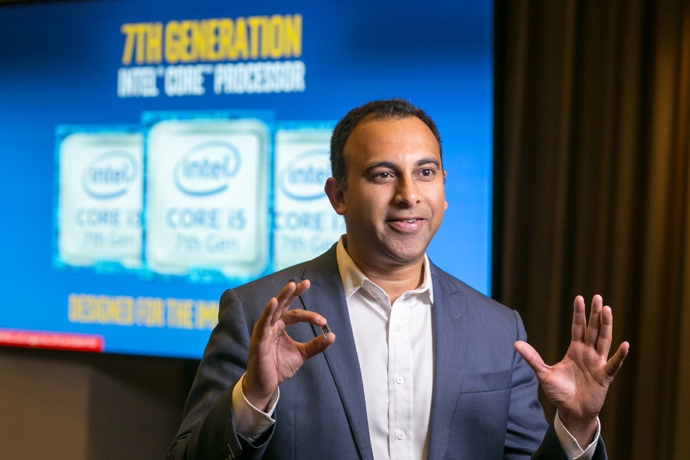 As I examined the BenchLife.info leak more closely, I noticed something interesting. The leaked Intel documents appear to refer to these chips as "Core X-Series" chips, rather than the standard Core i7 that we would expect from Intel's high-end desktop lineup.

What this signals to me, then, is that Intel is going to try to build a gaming/enthusiast-centric brand -- clearly called Core X -- that's branded distinctly from its processors targeted at more mass-market personal computers.

This is a smart move. Here's why.

The importance of branding and marketing

There's a reason a company like Intel employs many marketing professionals and spends lavishly on marketing campaigns each year (Intel's marketing, general, and administrative, or MG&A, expenses in 2016 were about $8.4 billion) -- it takes a lot of effort to sell products to customers.

One of the things Intel has focused on for a while now is trying to extract as much profitability as possible from its personal computer chip business. Profitability is determined by both chip average selling prices as well as chip manufacturing costs. Ideally, a company will minimize the latter while maximizing the former.

Although marketing can't do much to improve chip manufacturing costs once the product is defined and built, it can have substantial influence on product average selling prices. A key way Intel has said it's trying to boost profitability in its personal computer chip business is through aggressive product segmentation.

What this means is that Intel builds products at each price point with cost structures and feature-sets commensurate with those price points. That way, if customers buy lower-priced chips, the absolute revenue and margin dollars are lower, but the gross margin percentage is as high as it can reasonably be.

At the same time, though, critical to an effective segmentation strategy is giving customers reasons to stretch their budgets a little more to buy higher-priced processors. The average consumer doesn't care about the technical speeds and feeds of a computer or the processor inside of it, but she or he can easily understand that a computer with a Core i7 chip will be faster/better than a similar computer with a Core i5 or Core i3.

Additionally, Intel isn't the only player that's interested in getting customers to buy more feature-rich products -- the computer vendors, too, want to give customers incentive to buy higher-priced computers.

Tying this back to Core X

Intel's high-end desktop processors are also branded Core i7, as are the company's unlocked "K"-series processors targeted at gamers (there are Core i5 and i3 variants of the "K" chips, too).

By building a separate Core X product line (and potentially segmenting within that line, e.g., Core X5, Core X7, and Core X9), Intel and its partners not only have an easier time getting customers to buy Core X-based systems if they're interested in gaming (it will be easy to train sales reps at big-box stores to direct individuals looking for gaming computers to Core X-based systems), but Intel would also be able to effectively segment within the already higher-end Core X line.