Samsung's (NASDAQOTH: SSNLF) recently released Galaxy S8 and Galaxy S8+ smartphones were reportedly set to feature fingerprint sensors embedded directly in the display. However, rumor is that the technology -- reportedly being developed by Synaptics (NASDAQ:SYNA) -- wasn't ready for prime time, forcing Samsung to hastily include a fingerprint scanner on the back of the phone next to the camera.

On Synaptics' most recent earnings call, CEO Rick Bergman took the opportunity to announce that the company's in-display fingerprint sensor solution has begun "sampling with select customers" as the company aims to bring the technology into volume production "within the second half of the calendar year." 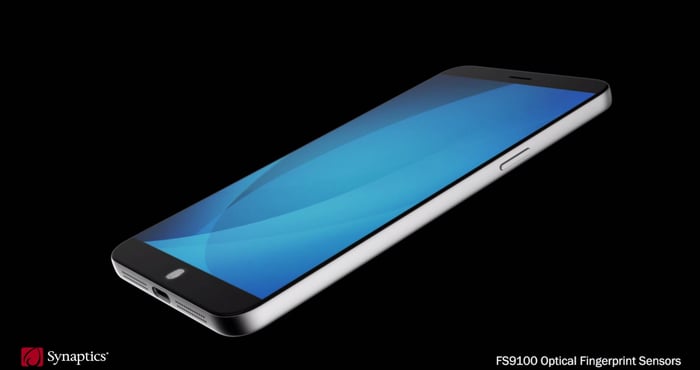 Let's take a closer look at what this means for Synaptics, its potential customers (i.e., Samsung), and even Apple (NASDAQ:AAPL), which is expected to deploy an in-house in-display fingerprint sensor in its premium iPhone 8 later this year.

Bergman explained on the call that a "big trend in the industry is now called Infinity Display," referencing Samsung's marketing term for a full-face, possibly curved, OLED display. That kind of display technology is "now quite the rage around the world and pretty much every smartphone manufacturer [is] wanting to head in that direction," said Bergman.

Since so-called "Infinity Displays" are "quite the rage," per Bergman, "there's a great deal of interest in the in-display solution because your only real choice is to move to the back of the phone, and there's a certain level of awkwardness on the user experience to have it on the back of the phone." Bergman then went on to say that "the demand there is good" and that the product is "marching along on the schedule we articulated at the end of December."

"And so, we're putting a lot of focus on that particular solution," Bergman concluded.

To the extent that the smartphone industry adopts full-face displays, Synaptics should be well positioned to benefit from device manufacturers' desire to integrate the fingerprint sensor into the display.

The main implication for customers should be the democratization of an in-display fingerprint sensing solution, particularly at the high end. The benefit to customers here should be an attractive new selling point (full-face design without sacrificing fingerprint scanning) that could potentially help stimulate worldwide demand for smartphones.

The downside, though, is that since Synaptics is a merchant technology vendor that supplies to anybody willing to cut large-enough checks, no player will, in theory, be able to gain a lasting competitive advantage on another.

Though Apple isn't likely to be a customer of Synaptics' in-display solution (reports have suggested that Apple passed on it), the fact that Synaptics is aiming for mass production in the second half of 2017 means that we'll likely see smartphones incorporating the technology in late 2017 or early 2018.

What this does is that it puts pressure on Apple to get its own in-display fingerprint solution sensor right and ready for launch in this year's premium OLED iPhone. Indeed, if Apple is one of the first out of the gate with such a solution, then that would be a nice selling point for said OLED iPhone. 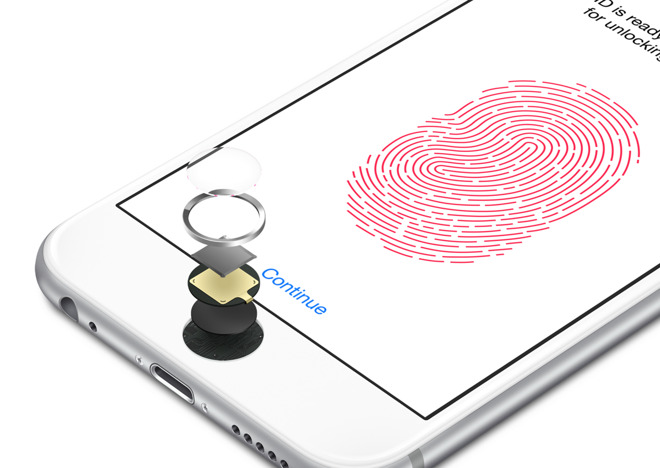 However, if Apple can't get it right and sticks to its annual product refresh cycle, then it won't have the opportunity to bring this technology to market until the fall of 2018. At that point, the market will likely be filled with smartphones packing full-face displays, complete with in-display fingerprint sensors powered by Synaptics' technology (and potentially others', too).

That'd be a clear negative for Apple's OLED iPhone, particularly given that this device is widely expected to trigger a robust "super-cycle." So, Synaptics' plans make it that much more critical that Apple get this technology right for this year's OLED iPhone.