The last thing a company wants the week before it reports earnings is a PR disaster. But that's just what Anadarko Petroleum (NYSE:APC) is getting after a deadly explosion in Colorado was potentially linked to one of its wells.

With the investigation still in its early stages, it's important to remember that there's been no definitive link established between the well and the explosion. But the company is certain to provide an update on the situation when it announces earnings on May 3. Here's what else to expect from Anadarko's Q1 earnings report. 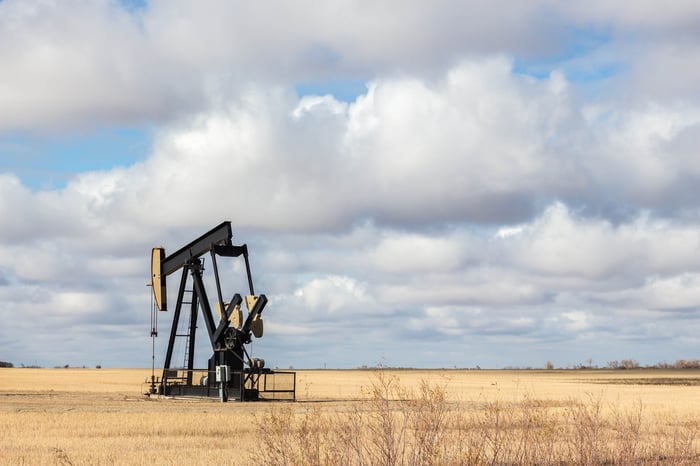 Anadarko will almost certainly address the ongoing investigation in Colorado. An explosion leveled a home in Firestone, north of Denver. The blast left two people dead and one injured, and was initially thought to have been an accident caused by two men working on a hot water heater in the basement. But investigators are now looking at one of Anadarko's wells, which is located less than 200 feet from the home, as a possible cause.

The well in question was drilled in 1993 by another company. Out of an abundance of caution, Anadarko has shut down 3,000 of its wells in northern Colorado that were drilled at about the same time. They're expected to remain closed until company personnel can inspect and test them, a process expected to take two to four weeks.

Expect Anadarko to address the situation right upfront on the earnings call. I'd be surprised if it wasn't the first thing that's discussed. The wells that have been shut down account for about 13,000 net barrels of oil equivalent (BOE) per day, while the company expects to produce 655,000 BOE per day in 2017, so the actual impact on the company's operations is likely to be minimal, even if serious problems are discovered at one or more of the wells.

Deals or no deals

Anadarko has been wheeling and dealing recently. In September, it announced it was acquiring the deepwater Gulf of Mexico assets from Freeport-McMoRan for $2 billion. And with more than 80% anticipated to be oil, as opposed to lower-margin natural gas, the company expects to generate $3 billion in incremental free cash flow over the next five years. Anadarko plans to use the cash to accelerate its onshore operations in the Delaware and DJ Basins.

In December, just a few days after the deepwater sale closed, Anadarko announced it was selling off its natural gas assets in the Marcellus Shale in the east central U.S. for about $1.2 billion. Then, in January, the company announced it would sell $2.3 billion of its Eagleford Shale properties.

Both sales were expected to close during the first quarter, but Anadarko never announced whether they had or not. Expect an update on exactly what's going on. Pay particular attention to the stated reasons for the delays (if any are given).

Anadarko CEO Al Walker believes the aforementioned portfolio adjustments will lead to a 12% to 14% five-year compounded annual oil growth rate. But considering it's unlikely that those sales closed in the first quarter as planned, and very unlikely that they've made significant investments in their hot properties, we probably won't see a whole lot in terms of growth.

So what I'll be paying attention to instead is the company's projections for growth, once the sales have closed and once the (hopefully) temporary Colorado well shutdowns are factored in. Investors should hope it will still be in the 12% to 14% range, but if it's substantially lower, that would be a signal that the recent portfolio changes aren't living up to management's expectations.

Anadarko's return on capital has historically been middling compared to other oil and gas producers, so investors should be eager to see if it can break the cycle with these recent portfolio changes.

There's a lot of change happening at Anadarko, and the recent Colorado explosion has put the stock in a precarious position. That means it's important for investors to keep a careful eye on the company to protect their investment. This earnings report should tell us a lot about where Anadarko is headed from here.