Tuesday was a quiet day on Wall Street, and major benchmarks generally posted small gains but stayed close to the unchanged level as cross-currents in the financial markets prevented investors from finding a clear direction. Earnings season continues to move into high gear, and the flood of releases from companies across the economy and around the world gave disparate views on the health of respective niches within the broader business environment.

There were plenty of companies that had extremely strong showings today, and Angie's List (NASDAQ:ANGI), Tenet Healthcare (NYSE:THC), and Texas Roadhouse (NASDAQ:TXRH) were among the best performers. Below, we'll look more closely at these stocks to tell you why they did so well.

Shares of Angie's List soared more than 60% after the business services referral specialist accepted a buyout bid from the HomeAdvisor unit of IAC (NASDAQ:IAC). The deal will create a new company called ANGI Homeservices, and current Angie's List shareholders will have the option either to exchange their shares for stock in the new company on a one-for-one basis or accept $8.50 per share in cash, subject to a maximum cash amount of $130 million. With the stock soaring well above the $9 mark immediately after the deal was announced, shareholders clearly believe that the continuing company will be worth more than the $8.50-per-share offer, and Angie's List chairman Thomas Evans says that he thinks that the combined company will "uniquely benefit from the powerful combination of two leaders who, by joining forces, can drive incredible innovation, customer satisfaction, and category growth." 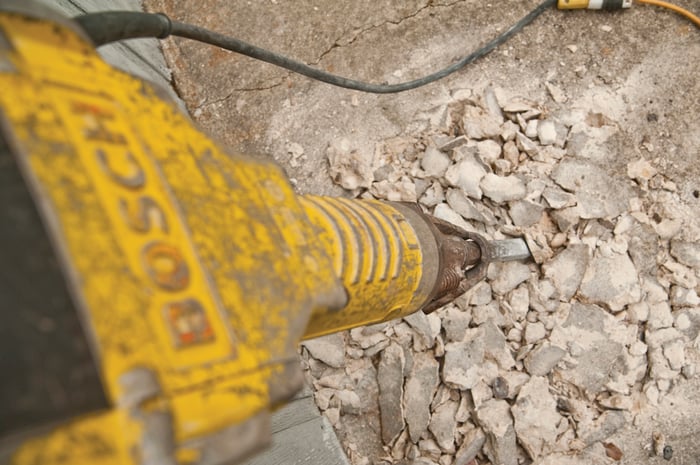 Tenet looks fit as a fiddle

Tenet Healthcare stock climbed 22% in the wake of the company's release of first-quarter financial results and some strategic news. The hospital provider posted a smaller loss than most investors were expecting to see, despite patient revenue figures declining due to falling admission volume and reduced revenue per patient. Yet investors celebrated the fact that the company reached a new agreement with Humana (NYSE:HUM) that will favorably adjust the relationship between the two companies and various outpatient centers and employed physicians. In addition, Tenet said it has reached a deal with HCA Holdings (NYSE:HCA) to sell its Houston-based hospitals and related operations, which will result in Tenet getting about $725 million from HCA later this year. The moves increase certainty for Tenet at a time when many healthcare companies are having to deal with potential disruptions to government programs, and investors appreciate Tenet's efforts to be proactive.

Finally, shares of Texas Roadhouse finished up over 11%. The steakhouse chain reported solid first-quarter results late Monday, including sales gains of 10% on comparable-restaurant sales increases of between 3% and 4%. Texas Roadhouse continued to expand its restaurant network during the quarter, and despite higher labor costs, the steakhouse chain believes that improving economic conditions both generally and in the restaurant industry in particular should help it sustain its overall growth trajectory throughout 2017 and beyond. With moves to integrate formerly franchise-owned locations into its company-owned store network, Texas Roadhouse looks confident in the health of its brand and the future of its steakhouse chain.