Shares of Chegg (CHGG 2.08%) have soared today, up by 26% as of 12:15 p.m. EDT, after the company reported first-quarter earnings and issued strong guidance for the current quarter.

Revenue declined a modest 6% to $62.6 million, which was still better than the $58.4 million in sales that analysts were expecting. That translated into non-GAAP earnings per share of $0.06, also topping the consensus estimate of $0.03 per share in adjusted profit. 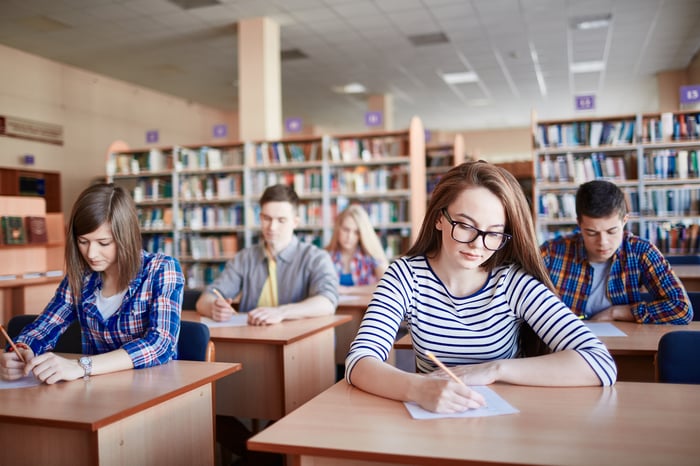