Delta updated investors on its business performance in April this morning, advising that consolidated passenger unit revenue increased 1% year over year in April. That number would have grown even higher but for the negative impact of severe storms that hit Delta's Atlanta hub in early April, forcing the airline to cancel in excess of 3,000 flights .

Despite the storms' effect, 76.9% of Delta flights took off on time during the month, and Delta had a "load factor" (percent of seats occupied on its flights, on average) of 85.3% for the month -- two percentage points higher than in April 2016. 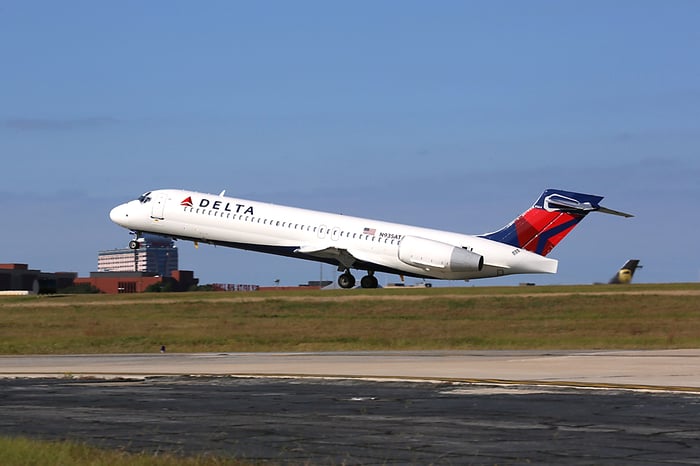 The good news early in the day seems to have spared Delta's stock from a storm of a different sort -- at least temporarily.

In Congress today,  executives from United Airlines, American Airlines, Southwest Airlines, and Alaska Airlines faced a grilling by Congressmen from the House Transportation Committee. The representatives decried the "terrible experience" that air travel has become for many passengers, taking aim particularly at such new industry profit drivers as charging separate fees for baggage, and for overbooking flights.

Delta Air Lines managed to avoid the legislative ambush by declining to testify before Congress -- and for now, that seems to be serving its stock well. But with Congress mooting the possibility of imposing regulations on seat size, on leg room, on booking policies, and other regulations, Delta investors may still be in for stormy weather ahead.