While severe winter weather in North Dakota's Bakken shale continued to affect volumes at ONEOK Partners (NYSE:OKS), the midstream MLP more than overcame those issues to post higher results than last year's first quarter. That performance helped fuel relatively stable results at its general partner, ONEOK (NYSE:OKE). Meanwhile, ONEOK remains on pace to close its acquisition of ONEOK Partners during the second quarter, which will position the combined entity for healthy growth in the coming years. 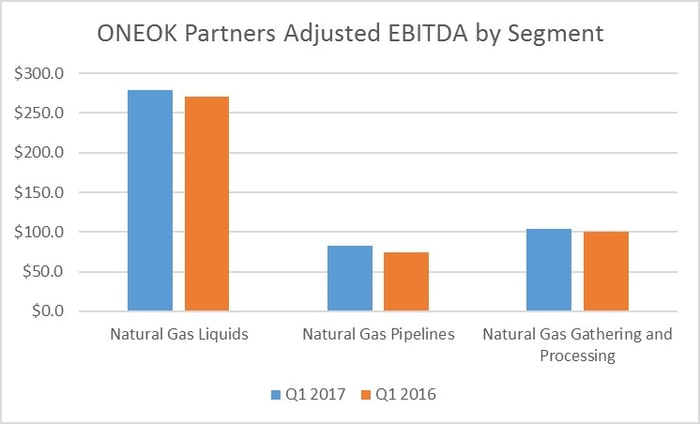 The company's strategic growth initiatives are paying off. 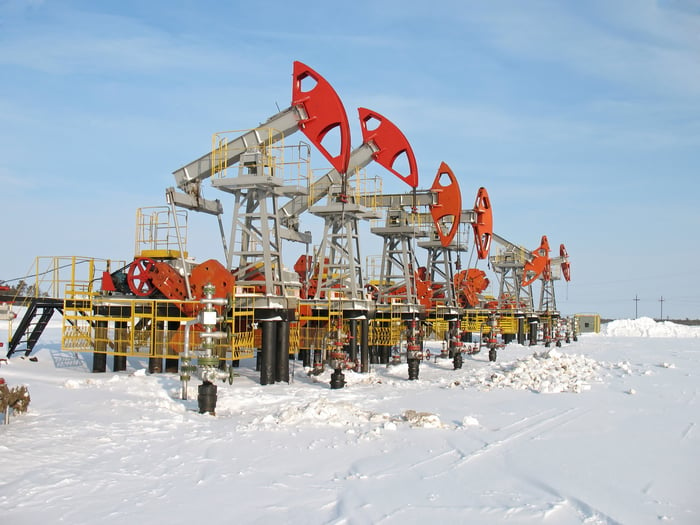 All three of our business segments reported higher first-quarter adjusted EBITDA compared with the same period last year, driven by increased fee-based services across the partnership's footprint. Our performance through the first three months of 2017 and the increased drilling rig activity in the basins we serve has us well positioned for the remainder of 2017. Severe winter weather in January impacted first-quarter 2017 volumes, primarily in the Williston Basin, but was taken into consideration when setting 2017 expectations. Since January, volumes have recovered and are now averaging above November 2016 levels.

One of ONEOK's focuses over the past few years has been to increase the stability of its revenue streams by converting more of its contracts to fee-based and building additional assets underpinned by fee generating contracts. As a result, the company has increased the percentage of fee-based earnings from 66% in 2014 up to an expected 90% this year. While the company does still have some volume risk associated with some of those contracts, both because of the weather and the impact lower commodity prices have on drilling activities, that headwind should start abating thanks to improving market conditions. In fact, the company expects volume increases in the second half of this year because of the recent connections to three new processing plants and a projected improvement in drilling activity. Further, with several new petrochemical plants slated to come online next year, NGL volumes should grow at an even faster clip in 2018.

As a result of the combined company's solid first quarter showing, ONEOK remains confident that it can meet its full-year guidance. Those projections include Adjusted EBITDA in the range of $1.87 billion to $2.13 billion and distributable cash flow between $1.245 billion to $1.505 billion, assuming the company completes its acquisition of the rest of ONEOK Partners. The closing of that transaction will also enable ONEOK to boost its dividend 21% for 2017 while putting it on pace to increase the payout 9% to 11% annually through 2021 even as it maintains a conservative dividend coverage ratio of at least 1.2.