Harsco Corporation (NYSE:HSC) bounded higher on Wednesday, up more than 15% at 12:15 p.m. EDT, fueled by its strong first-quarter earnings report.

Harsco reported revenue of $373 million, which was not only 5.6% above the year-ago period but beat the consensus estimate by $29.6 million. Meanwhile, operating income from continuing operations came in at $28 million, which was more than the company's $15 million to $20 million guidance range. On a per-share basis, earnings were $0.11, which unsurprisingly blew past analysts' expectations that the company would only earn $0.02 per share. 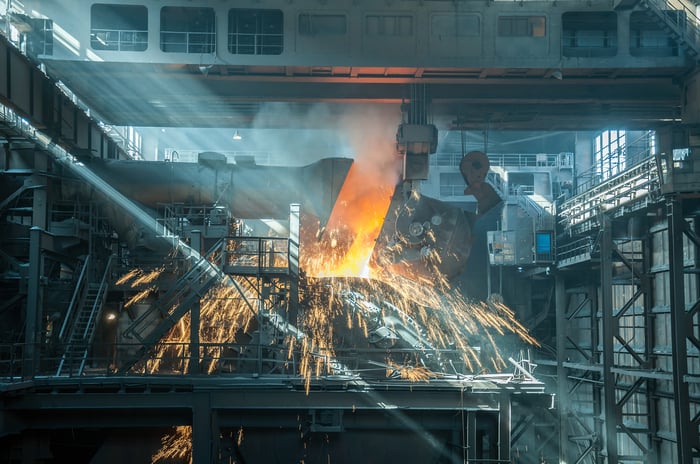 Harsco reported solid performance across all its business segments, including a noticeable turnaround in metals and minerals (M&M) due to the strategic transformation the company began a few years ago, as well as an improvement in market conditions. Because that segment is improving, the company has decided against separating it for the time being, due to its belief that holding onto the entity is in the best interest of shareholders.

As a result of the company's strong first-quarter results, the continued recovery in M&M, and an improving outlook for the industrial market, Harsco is increasing its full-year guidance for adjusted operating income and free cash flow. The company now expects full-year adjusted operating income to be in the range of $115 million to $130 million, up from its previous range of $100 million to $120 million. Meanwhile, Harsco expects to generate between $70 million and $85 million of free cash flow, up from its prior range of $60 million to $80 million.

Harsco is optimistic about what lies ahead in 2017. While the company still sees weakness in the rail market, improving conditions in both the steel and energy industries are driving its guidance higher. Meanwhile, if rail-market conditions start turning around, or the recovery in the steel and energy industries accelerates, this could end up being an excellent year for Harsco.