Please ensure Javascript is enabled for purposes of website accessibility
Log In Help Join The Motley Fool
Free Article Join Over 1 Million Premium Members And Get More In-Depth Stock Guidance and Research
By Keith Speights – May 3, 2017 at 2:20PM

Gilead management's comments in the biotech's first-quarter conference call hint at a comeback strategy. But it might take a while.

Gilead Sciences (GILD 0.65%) reported disappointing results yet again in the first quarter: No surprise there. Everyone expected revenue and earnings to fall; it was just a question of how much.

What will the big biotech do to turn things around? Gilead's management team didn't roll out a grand plan to make it happen in the company's first-quarter update call, but I think they have at least a semblance of one in place. Based on comments made in the earnings call on Tuesday (quotes courtesy of S&P Global Market Intelligence), here's what Gilead's five-point comeback plan might be. 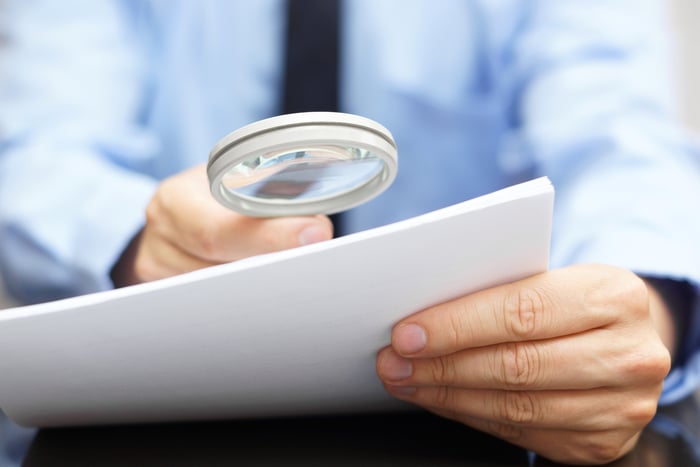 Forget hepatitis C -- that's what I suspect Gilead's executives would like for everyone to do. And analysts obliged, to a large extent, in the company's first-quarter conference call. By my count, there were seven questions before the first question on the company's hepatitis-C virus (HCV) franchise came up.

Gilead knows there are still probably 1.5 million HCV patients in the U.S. who could be treated, and is going after those patients aggressively with marketing campaigns to encourage HCV testing. (Those efforts seem to be paying off, by the way. In the first couple of months following Gilead's first campaign, there was a 24% increase in HCV antibody testing for previously undiagnosed baby boomers.)

But Gilead isn't counting on a rebound anytime soon. The company has one final HCV product to launch -- its SOF/VEL/VOX combo, now awaiting regulatory approval. All signs point to Gilead squeezing as much cash flow out of the HCV business as possible, and pouring all of the money into other areas.

One area that Gilead executives clearly enjoyed talking about was the success of the company's TAF regimens. Jim Meyers, executive vice president of commercial operations, was quick to point out that Genvoya experienced "the most successful launch in U.S. HIV history."

CEO John Milligan highlighted "great enthusiasm" for Gilead's bictegravir/F/TAF combo at the Conference on Retroviruses and Opportunistic Infections (CROI) earlier this year. He said that the company anticipates submitting for regulatory approval in the third quarter.

I suspect that Gilead thinks it will be able to show that the bictegravir/F/TAF combo beats GlaxoSmithKline's Tivicay in a head-to-head study, even though the company's chief scientific officer, Norbert Bischofberger, didn't want to speculate on the results. Meyers stated that he thinks bictegravir will accelerate adoption of TAF from other regimens.

3. Make a splash in NASH

Gilead already has three pipeline candidates targeting treatment of nonalcoholic steatohepatitis (NASH) -- selonsertib, GS-9674, and GS-0976. Selonsertib (formerly known as GS-4997) is in late-stage testing, while GS-9674 and GS-0976 are in phase 2 studies.

Each of these drugs employs a different mechanism of action: selonsertib is an ASK1 inhibitor; GS-9674 is a FXR agonist; GS-0976 is an ACC inhibitor. Gilead is evaluating the drugs both as monotherapies and in combination with each other.

Don't be surprised if Gilead acquires another NASH program. John Milligan made an offhanded remark, after mentioning the NASH drugs the company has acquired, that "we may do more there." In addition, Milligan hinted that an earlier-than-expected regulatory submission for selonsertib could be a possibility.

4. Elbow into the autoimmune-disease market

The autoimmune-disease market might be somewhat crowded, but Gilead thinks there's room for at least one more drug. Milligan talked up the company's progress with filgotinib, which is currently in late-stage studies targeting rheumatoid arthritis, Crohn's disease, and ulcerative colitis. He also mentioned the possibility of a combination treatment with filgotinib and Syk inhibitor entospletinib, which is in a phase 2 study for treating graft-versus-host disease.

Milligan also sees bad news for Eli Lilly and Incyte -- the U.S. Food and Drug Administration, surprisingly, rejected baricitinib in April -- as potentially good news for Gilead. Milligan said that Gilead has "a really great opportunity with filgotinib to accelerate the clinical development timelines," with the huge setback for Lilly and Incyte. He also thinks there could be greater upside potential for Gilead if there is a significant delay in approval for baricitinib.

5. Make a huge deal for an oncology biotech

As in the prior earnings call, CFO Robin Washington stated that Gilead Sciences was "prioritizing the use of capital for investing in the long-term growth of our business, including partnerships and acquisitions." Also echoing previous comments, Milligan said the company was "looking for another avenue to increase our opportunity for revenue, and also for helping patients with the considerable heft that we have." He added: "And clearly, we've been focusing on oncology."

Milligan referred to the hiring of Alessandro Riva, former head of global oncology for Novartis, as a key part of Gilead's efforts to build an oncology franchise. He said that the company now has greater capacity to assess "a number of different opportunities, which we think could play out over the coming year as we start to make progress in getting partnerships and potential acquisitions together."

Will Gilead wait for tax-reform legislation to be enacted before making an acquisition? Probably not. Milligan said, "There may be tax reform, there may be repatriation, but you can't count on it and you can't wait for it, either."

While investors are chomping at the bit for Gilead to do something quickly to right the ship, most of the above points will take quite a while to make a big impact. John Milligan seems to be OK with that. Milligan said, "I feel very good that we've got a number of different ways to accelerate growth for the company in the future, so that a decade from now, we're a very different company, having reinvented ourselves beyond antivirals into really a multitherapeutic-area company."

Want to Collect 4% in Dividends Every Month? Buy These 3 Stocks
351%