Intercontinental Exchange (NYSE:ICE), or ICE, had been on quite a run, delivering double-digit earnings and revenue growth for several quarters in a row. However, that growth came to an abrupt halt during the first quarter after revenue barely budged while adjusted earnings flattened out because the company didn't have any recent major acquisitions to fuel results. That said, the quarter's results fell right within the company's expectations, which keeps it on pace to hit its full-year guidance targets. 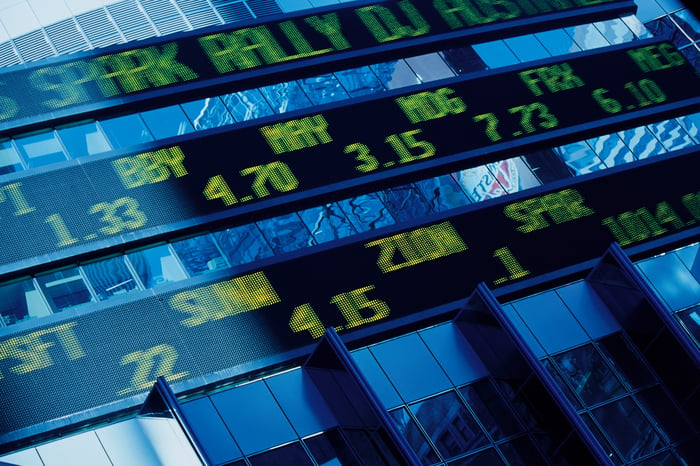 What happened with Intercontinental Exchange this quarter?

Currencies and costs kept a lid on growth:

CEO Jeffrey Sprecher offered the following takeaways from the company's results in the quarter:

The solid volume and open interest growth in our futures markets, together with strong results in our data and listings segment, demonstrates that we are holistically serving our customers on a global scale by leveraging our comprehensive trading, data and risk management solutions. Our progress in reorganizing and integrating our data services allows us to serve our customers in new ways as their needs evolve. In addition, our success in hosting virtually every recent major IPO at the NYSE, demonstrates how our unique market model continues to be the preferred model for listed companies.

Without any major acquisitions to fuel revenue growth during the quarter, ICE battled against foreign exchange headwinds and lower revenue from the trading and clearing of financial products. The company offset that weakness with solid organic data revenue growth, which was up 6% on a constant currency basis. Meanwhile, the company had a strong showing in the IPO market, helping 31 companies raise more than $11 billion in proceeds across 31 IPOs, which led global exchanges. Notably, ICE has listed 27 of the last 27 large U.S. company IPOs.

ICE's first-quarter results were largely in line with its expectations, which keeps it on pace to meet its full-year guidance. That forecast called for a mid-single-digit increase in data service revenue, and adjusted operating expenses between $1.94 billion to $1.98 billion. Furthermore, the company expects to continue returning excess cash to shareholders, including repurchasing more shares in the second quarter that should reduce its share count from 599 million in the first quarter to as low as 590 million.