Shares of iron-ore-focused miner Cliffs Natural Resources Inc. (CLF -0.14%) spent most of April in negative territory, eventually ending the month down 18%. Not even the company's solidly upbeat earnings release on April 27 was enough to dent the negative sentiment. But that had more to do with iron ore prices than the company's results.

It's worth taking a step back and recognizing that Cliffs has done a solid job of turning its business around. Although its efforts have been helped out by rebounding commodity markets, investors shouldn't dismiss the progress it has made. For example, although the company lost $0.11 a share in the quarter, that was driven by a $0.27 a share expense for the extinguishment of debt. In other words, if Cliffs hadn't acted to pay down that debt, it would have recorded a profit. 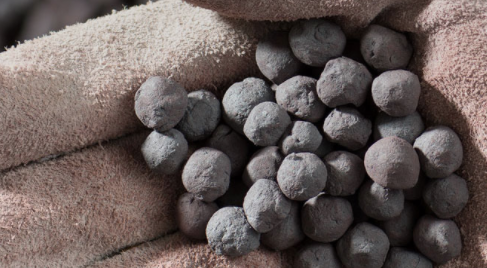 Paying off debt, however, is a good move, because Cliffs has a lot of it. The company's shareholder equity is negative because of asset write-offs, so long-term debt makes up more than 100% of the capital structure. That said, debt stood at roughly $1.6 billion at the end of the first quarter, a nearly 25% reduction from the start of the year. That not only delevers the balance sheet, it materially reduces interest expenses as well.

So there were some goods things reported in the quarter. Unfortunately, iron ore prices spent most of April falling. That suggests that any improvement Cliffs achieves will be blunted by the prices it gets for the iron ore it produces. There's not a whole lot Cliffs can do about that except keep pushing forward with its turnaround plan.

Cliffs appears to have turned the corner financially, though debt remains a notable issue. The improvement, however, is reflected in its 380% stock price advance since mid-January of last year through the end of April. That said, Cliffs is a miner, and investor sentiment about the company's future will be driven by commodity prices. Cliffs felt the impact of that in April. There are probably better options in the mining and iron ore space for most investors, but more aggressive types looking for turnaround plays might still want to do a deep dive here even if it doesn't lead to a purchase.

Why Cleveland-Cliffs Stock Jumped as Much as 18% Today
413%