Please ensure Javascript is enabled for purposes of website accessibility
Log In Help Join The Motley Fool
Free Article Join Over 1 Million Premium Members And Get More In-Depth Stock Guidance and Research
By Evan Niu, CFA – May 3, 2017 at 5:23PM

Shareholders are facing a major dilutive hit after a round of equity financing.

Shares of MakeMyTrip (MMYT -1.49%) plunged today, closing out regular trading down 8%, after the company announced an equity financing round.

The company said that it has entered into definitive share purchase agreements that are expected to bring in roughly $165 million in gross proceeds, which will require MakeMyTrip to issue nearly 4.6 million new shares at a price of $36 per share. The deal was a private placement and not available to public investors. 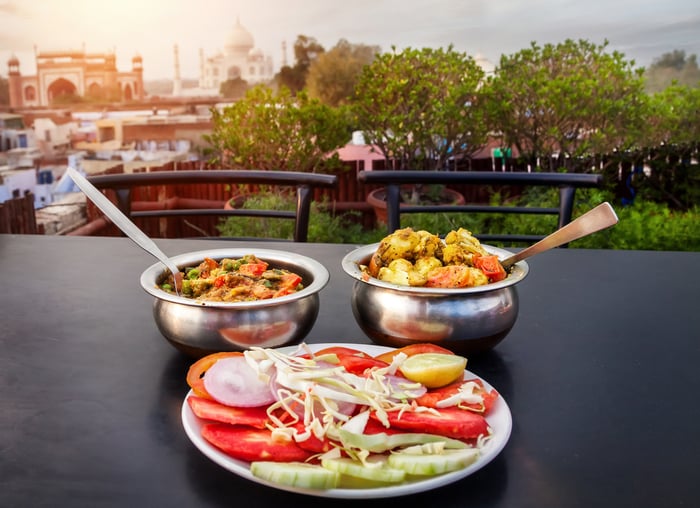 On top of that, MakeMyTrip agreed to sell an additional $165 million worth of shares to Ctrip.com and Naspers Limited subsidiary MIH Internet, resulting in issuing the equivalent of another 4.6 million shares.

MakeMyTrip, which is one of India's largest online travel companies, says the proceeds from the offering will be used "to fund business expansion, strategic investments, technology and product development, marketing and promotions, working capital and general corporate purposes."

Why MakeMyTrip Stock Rose 13.1% in November