The so-called "paper of record" added 308,000 digital subscribers in the quarter as the company is taking advantage of the increased interest in news following the election of President Trump. The figure marked its biggest quarter of digital subscriber additions ever, giving the company a total of 2.2 million digital-only subscribers, up 60% from a year ago. 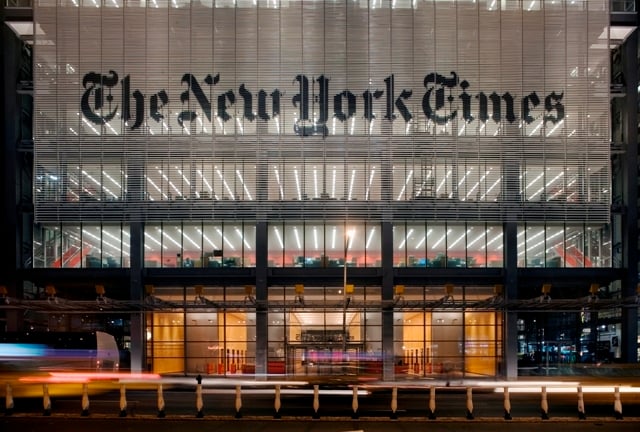 Revenue increased 5.1%, to $398.8 million, the publisher's highest total in several quarters, as a 19% increase in digital advertising offset an ongoing decline in print advertising. That easily beat estimates at $382 million. On the bottom line, earnings per share ticked up a penny, to $0.11, clearing the Wall Street bar at $0.07.

CEO Mark Thompson commented, "These results show the current strength and future potential of our digital strategy not just to reach a large audience, but also to deliver substantial revenue."

For the current quarter, the company expects subscriber growth to slow from the prior two quarters as the "Trump bump" in newspaper subscriptions fades. Revenue growth is expected to be similar to that in the first quarter, however, as the company projected a steady increase in circulation revenue -- which was 11% in the first quarter -- and an ad revenue decrease in the low to mid single digits. Growth in operating costs is also expected to be similar, meaning that the company should top current estimates at $0.11 in earnings per share and $374.5 million in revenue for the current quarter.

While the transition to a digital platform continues to present challenges to media companies, the Trump-fueled news boom has created a bumper crop of subscribers that should boost profits at the Times for years to come. The stock could easily keep moving higher as revenue growth will continue throughout the year.