After a big drop in share price in March, IDT Corporation (NYSE:IDT) stock is paying out roughly 5% a year in dividends. However, falling sales and earnings in the last year are worrisome, and investors -- particularly those looking for dividend income -- need to consider the risks.

IDT's main operation is telecom, with a focus on international retail and the trafficking of international calls. The company's main offering for the general public, dubbed BOSS Revolution, is a suite of apps allowing for affordable international communication. Buried within the software is also a money transfer and payment system geared toward a segment of the population that doesn't have access to banks. 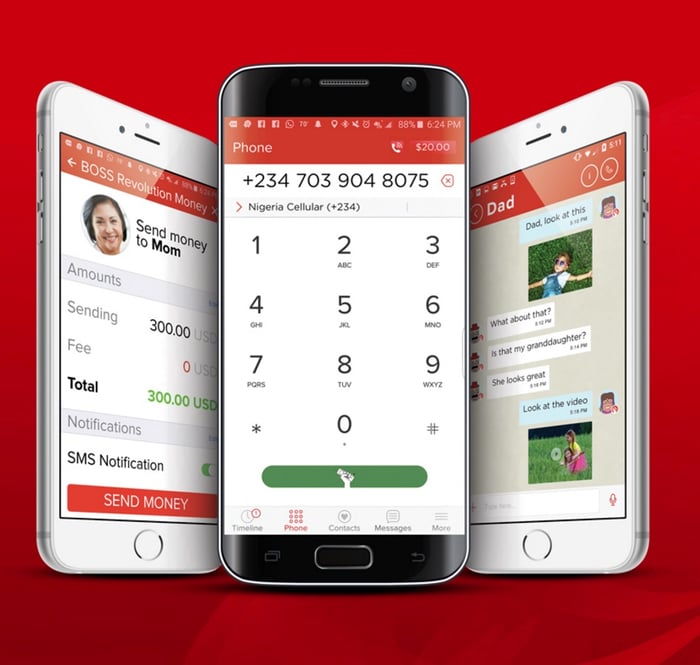 Revenue from the company's biggest segment declined 3.3% in the last quarter, due to increased competition from "unlimited usage" plans offered by rivals. With telecom coming under increasing pressure, IDT has begun spending to scale up its international-payment services and internet-calling divisions, both bright spots of growth of late.

To blur the company description further, IDT also has a tech start-up and investment division. The company has invested in and then spun off several entities over the years, the most recent being smartphone-personalization app Zedge, which was divested last spring. Straight Path Communications -- recently making headlines because its share price rose 200% after AT&T announced a bid to buy the company -- was also spun off from IDT back in 2013. 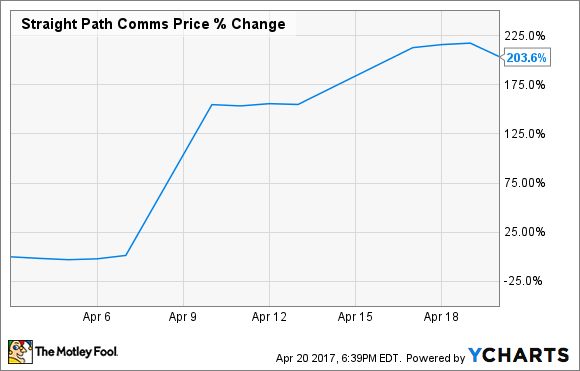 Investors have thus received some additional shareholder perks over the years. The latest projects to be divested by IDT are its minority stake in a private clinical-stage oncology business called Cornerstone Pharmaceuticals, as well as real estate assets including IDT's headquarters in Newark, New Jersey. Details have yet to be released, but management has said the sales could happen as soon as the second half of this year.

The takeaway here? IDT is returning value to owners of its stock and is increasing its focus on creating new-business growth in communications and payment systems. But what about that dividend payment?

A normal dividend payment or something else?

During the last quarter, earnings per share fell to $0.04 from $0.18 the year before. The steep drop in profit also led to a drop in share price, pushing the dividend yield over 5%. The profitability picture, however, could call the dividend's safety into question.

Free cash flow, an important metric in determining a dividend's sustainability, has seen a dip recently, but much of that has to do with an increase in spending to grow the newer lines of business. The company has adequate cash on the books to cover payments for now, but cash flow levels are worth keeping an eye on in subsequent quarters, as a lack of improvement could put the payout at risk. 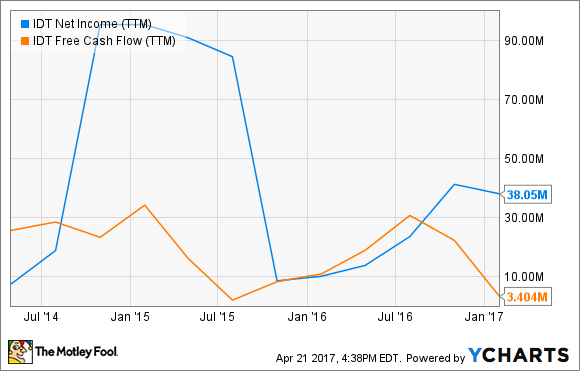 Another notable item this past quarter was the change in the designation of the dividend as "return of capital" versus an ordinary dividend. Whereas ordinary dividends are taxed as income, a return-of-capital payment is not considered income. Instead, it is viewed as partial return of an investor's original investment and reduces the cost basis of the holding. Because it is generally seen as an unfavorable circumstance, that dividend treatment is also worth keeping an eye on. The company expects that designation to stand for the rest of the year, though it is subject to change.

A dividend play or rebound story?

For the time being, IDT's dividend appears to be stable, but it's not necessarily a good reason to invest in the company. Facing a competitive telecom industry, IDT will need to increase spending in order to grow new lines of business, which could put the payout in jeopardy. Sweetening the deal is the company's history as an incubator for smaller companies and start-ups.

The dividend yield may look tempting, but at this point in time IDT is better-suited for investors interested in a potential rebound story rather than those looking for a safe stream of income.