Last quarter was supposed to be the quarter where we saw the fruits of Statoil's (NYSE:EQNR) cost-cutting efforts, but those plans got sidelined by some large asset impairments and other charges. It looks like the wait for a profitable quarter was worth it, though, as Statoil posted much more robust earnings and cash-flow numbers that were above Wall Street's expectations.

Here's a look at some of the things that helped make this past quarter a great one for Statoil and what management has its eye on in the coming years. 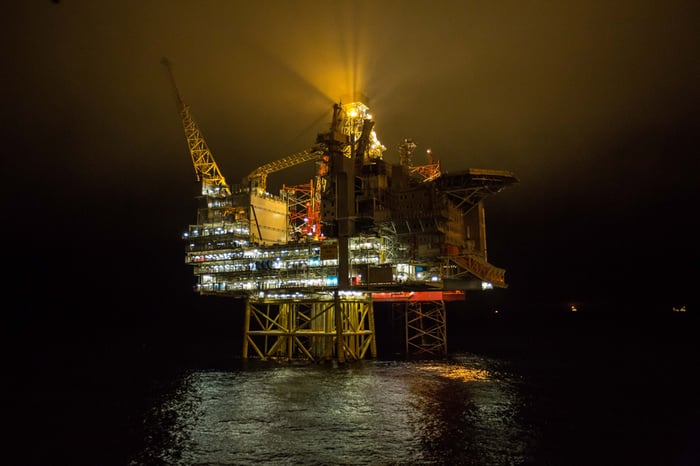 Comparing this past quarter to the prior one isn't a great comparison. Fourth-quarter earnings had a $2.3 billion in one-time charges and asset impairments that made the bottom line number look much worse than it actually was. Also, the company had a $1.7 billion buildup in working capital in the fourth quarter that hampered cash flow from operations. Conversely, the company realized a $334 million drawdown in working capital this past quarter.

That said, all of these adjustments shouldn't take away from all the things the company has done to improve its results. Statoil's management has done a commendable job of trimming unprofitable assets and significantly cutting its operational expenses without taking too big of a hit to overall production rates. The place that benefited from those cost cuts -- and from higher oil prices -- was Statoil's International Development & Production segment. 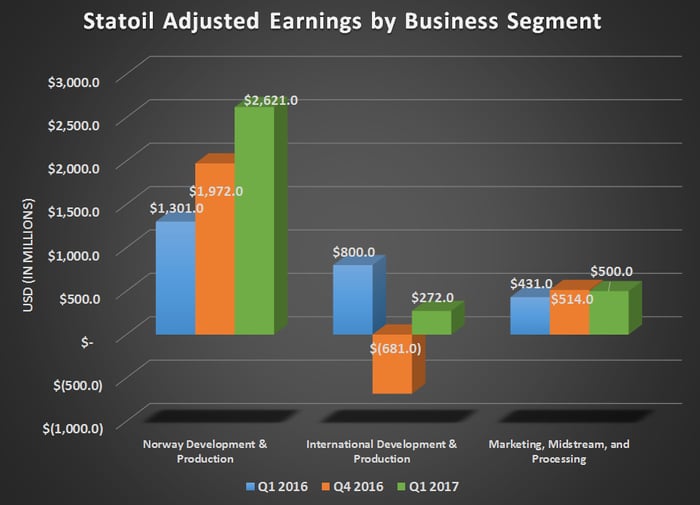 Statoil CEO Eldar Saetre commented on the company's most recent results and some recent developments that will shape management's decision-making in the coming months:

Our solid financial result and strong cash flow across all segments was driven by higher prices, good operational performance and an organic production growth of 5%. Our production from the Norwegian Continental Shelf [NCS] was at its highest level in five years, driven by high regularity and ramp-up of new fields. Our international portfolio delivered positive results and cash flow per barrel after tax on par with our Norwegian portfolio. We continue to capture efficiency gains and are on track to deliver an additional billion dollars in annual improvements in 2017.

We delivered seven discoveries from nine exploration wells drilled during the first quarter. Many of these can be quickly put into profitable production. We are also about to start our exploration program in the Barents Sea, testing several new opportunities over the next six months. In the quarter, we received approval for three plans for development and submitted additional two projects for approval by Norwegian authorities, showing commitment to industrial development on the NCS.

Statoil's efforts over the past couple of years to complete some major projects and make its operations more efficient are starting to shine. Hopefully, these cost cuts can stick for a while because the company could use a few more good quarters like this one to strengthen its balance sheet even more. It also appears that the company has a decent suite of projects to develop over the next several years that should help meet its goal of 3% annual production growth between now and 2020.