Even before it is released, Model 3 gets the spotlight in Tesla's first quarter. Here's what investors need to know.

Here's what investors should know about Tesla's first quarter. 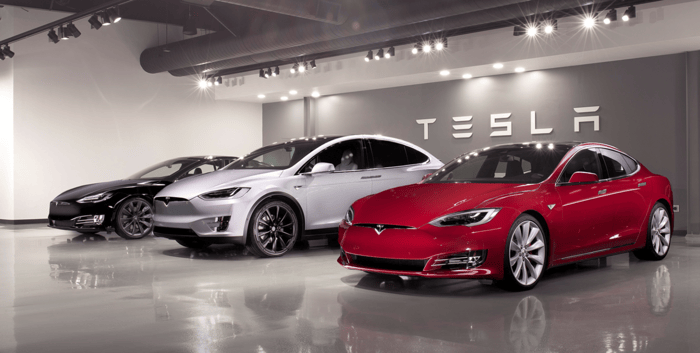 Tesla's Model S and Model X vehicle deliveries for the quarter were just over 25,000 units, up about 69% year over year. Of these deliveries, about 54% of them were Model S, and the rest were Tesla's late 2015-launched Model X. This sharp growth in vehicle sales was the primary driver for Tesla's revenue during this period. However, 841% year-over-year growth in Tesla's smaller energy generation and storage segment, which accounted for about 8% of Tesla's total revenue in the first quarter and notably benefited from Tesla's acquisition of SolarCity in the fourth quarter of 2016, helped drive some growth, too.

Importantly, even though Tesla's operating expenses increased sequentially, a meaningful improvement in Tesla's gross profit margin more than offset these higher expenses, enabling Tesla's loss from operations to improve from $267 million in the fourth quarter of 2016 to $258 million in the first quarter of 2017.

Also worth noting is that Tesla's cash used in operating activities improved from $448 million in the fourth quarter of 2016 to $70 million in the first quarter. The improvement was driven by record vehicle deliveries and a higher overall gross margin, Tesla said. In addition, Tesla generated $117 million in cash during the quarter after adding cash received from leased vehicles through its leasing partners. 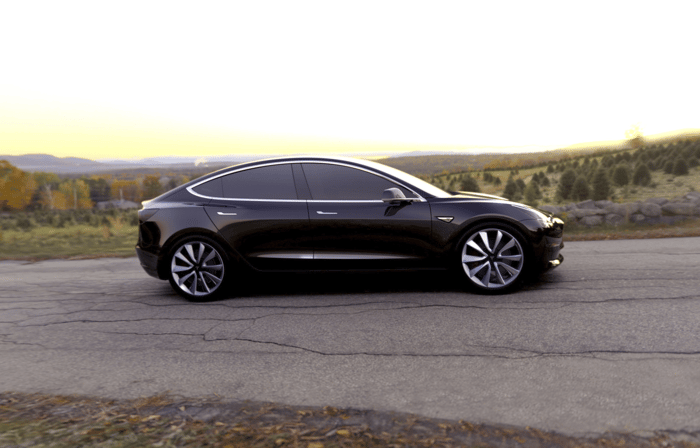 With Tesla expecting its July launch of its first mass-market priced car, Model 3, to help drive vehicle production from a rate of 100,000 units annually today to 500,000 units next year, much of the quarterly letter unsurprisingly focused on the vehicle program's progress. Here's what Tesla said about Model 3: 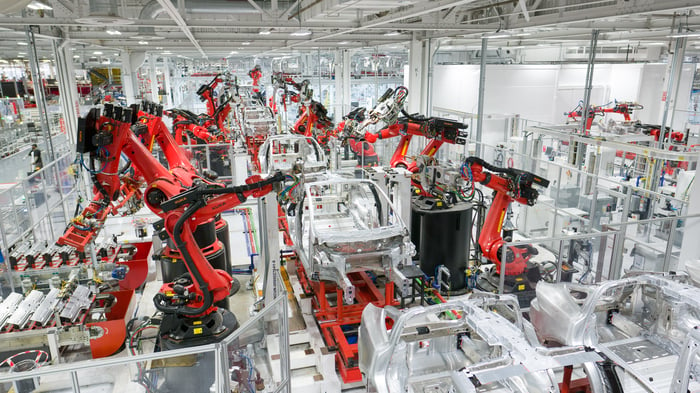 "We will provide guidance on vehicle deliveries for the second half of this year after we have started Model 3 production in July," management explained. "Given that we will be ramping Model 3 production so quickly, as we've noted before, even a couple-week shift in timing can have a meaningful impact on total deliveries."

Tesla also notably said it will start pilot manufacturing of its solar roof tiles sometime during the second quarter at its Fremont factory in California. The production will transition to the company's Gigafactory 2 in Buffalo, New York, "shortly thereafter."

As Model 3's launch nears, Tesla expects its capital expenditures to jump significantly, from $553 million in the first quarter to $1.5 billion or more in the second quarter.