Is it time to finally give up on the little camera that couldn’t?

GoPro (GPRO 2.67%) often looks like a company that grew too quickly without a long-term business plan or a viable moat. Its sales growth peaked in late 2014 with its best-selling Hero 4 cameras, and the company was subsequently besieged by cheaper copycat devices. GoPro's sales fell 27% annually last year, compared to 16% growth in 2015. Wall Street expects its sales to rise just 7% this year. 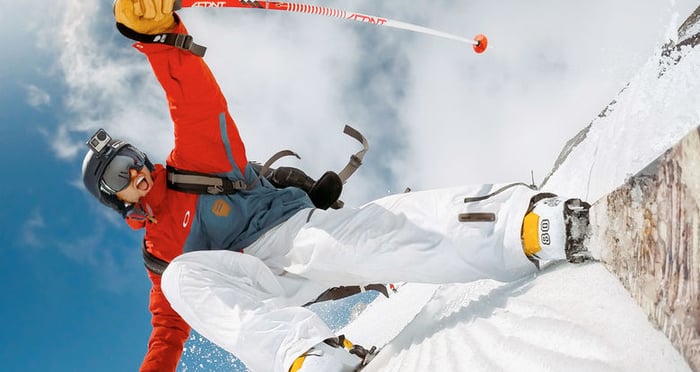 GoPro initially responded by launching more cameras across more price tiers, but that cannibalized sales of its higher-end devices. It then discontinued its lower-end devices, added niche devices like VR rigs, and launched a drone. To streamline its business and protect its bottom line, it cut its workforce in three rounds of layoffs.

A glimmer of hope in the first quarter

GoPro recently reported its first quarter earnings, and the headline numbers looked decent. Revenue rose 19% annually to $218.6 million, beating expectations by $10.7 million. Its non-GAAP loss narrowed from $0.63 per share a year ago to $0.44 per share, matching analyst estimates.

However, the stock still fell 8% after the report on April 28 -- which extended the stock's 12-month decline to more than 30%. Therefore, GoPro's long-suffering investors might be wondering if it's finally time to give up on this stock. Let's take a closer look at GoPro's most recent earnings report to decide.

At first glance, GoPro's double-digit sales growth looks decent. However, year-over-year comparisons were easy and the company sold a much wider range of products (Karma, Karma Grip, VR rigs) than it did in the prior year quarter. For the current quarter, GoPro expects revenue to rise 22% annually (at the midpoint) to $270 million. 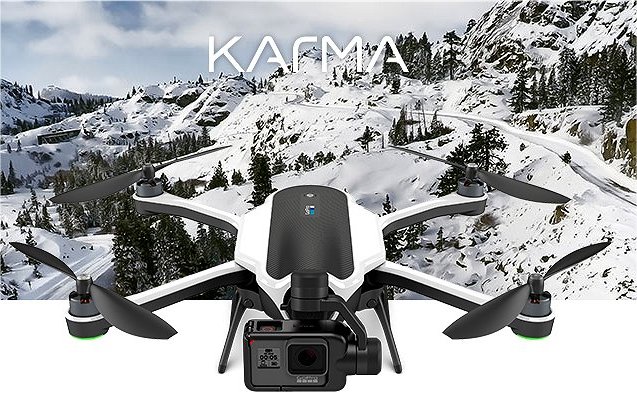 GoPro's inventories were also up 49% annually and 24% sequentially during the quarter. Those numbers explain its latest price cut on the Session ($199 to $149) and its new "trade-up" program, which lets owners of older Hero cameras trade in their devices for a $100 discount on the Hero 5 Black or a $50 discount on the Hero 5 Session.

These aggressive moves could take a bite out of its non-GAAP gross margin, which already dropped 70 basis points annually to 32.3% during the quarter.

GoPro's non-GAAP numbers are improving, but its GAAP loss actually widened slightly year-over-year to $111.2 million, due to higher stock-based compensation and severance-related expenses. Its cash and equivalents plunged 70% sequentially to $74.9 million. If these downward trends continue, GoPro's cash flow could dry up and it would need to tap its credit facility to stay afloat.

Lastly, GoPro is still merely copying other companies' ideas instead of innovating. Its VR rigs merely clone older designs from smaller third-party accessory makers, and the upcoming Fusion stand-alone 360-degree camera looks similar to Samsung's (NASDAQOTH: SSNLF) Gear 360 and Ricoh's Theta. The Karma is merely a late entry into the drone market dominated by DJI Innovations, and the Karma Grip is similar to DJI's older Osmo.

On the bright side, GoPro notes that a recent NPD report ranked the Karma as the second best-selling drone priced over $1,000 in the U.S. This indicates that the initial recall didn't dent the device's reputation, so it could be premature to claim that DJI will simply crush GoPro's drone efforts.

GoPro also continues to grow internationally, with overseas markets accounting for 70% of its revenue during the quarter. Its Quik mobile video editing app will also be pre-installed on Huawei's new smartphones, which might give it an edge in China. The expansion of the GoPro Plus cloud platform to Europe and Asia could also lock in new users with its software ecosystem. Back at home, its trade-up program might convince some GoPro users who are stubbornly holding onto older devices to finally upgrade -- thus refreshing its core niche market.

Lastly, bottom-fishing investors might consider GoPro a value stock, since it trades at just 1 times sales, compared to the industry average of 2.5. However, that low valuation is meaningless if GoPro can't generate sustainable top line growth.

My verdict: It's time to move on

I don't think GoPro will drop to zero anytime soon, but there are much more appealing stocks on the market today. I personally gave up on GoPro last January, and I'm glad I put the leftover cash into other stocks. GoPro might eventually recover, but the risks are still too high for me to recommend the stock as a potential turnaround play.