Please ensure Javascript is enabled for purposes of website accessibility
Log In Help Join The Motley Fool
Free Article Join Over 1 Million Premium Members And Get More In-Depth Stock Guidance and Research
By Steve Symington - Updated May 6, 2017 at 12:10PM

With more domestic graduate programs in the black, the online education company is accelerating new launches.

2U Inc. (TWOU -4.25%) announced stronger-than-expected first-quarter 2017 results on Thursday after the market closed, punctuated by strong revenue growth, a promising acquisition, and improving margins as the online higher-education specialist continues its march toward sustained profitability.

Let's open our notebooks, then, to learn what drove 2U's business as it kicked off the new year and what investors can expect from the company going forward. 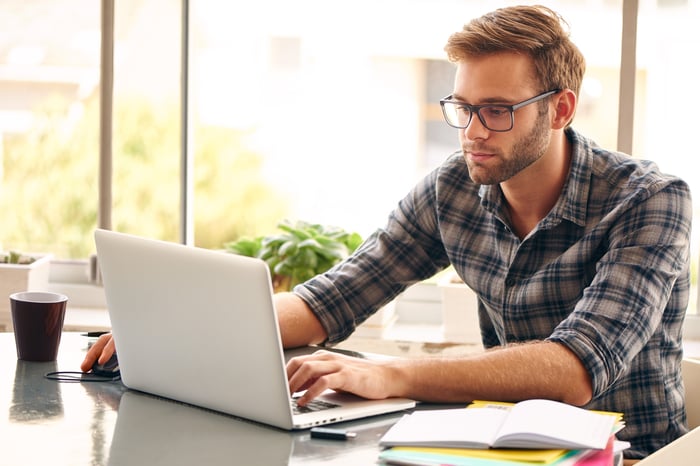 We once again produced strong financial performance in the first quarter of 2017, showing significant revenue growth as well as margin improvement in each of our earnings measures. Our business now has a sizable, and increasing, number of domestic graduate programs operating at positive margins. This enables us to invest in accelerating our program launch cadence to drive future revenue growth while continuing to improve total company margins. Earlier this year, we confirmed our new domestic graduate program launch targets, which would result in more than tripling our total launched DGPs by the end of 2020. As of today, we have slotted five of the 13 new DGPs we expect to launch in 2018.

2U stock is still up more than 42% year to date as of this writing, thanks to a combination of its equally strong third- and fourth-quarter 2016 reports in November and February, respectively. With that in mind, I think patient long-term investors should be more than pleased with 2U's latest quarter.