Please ensure Javascript is enabled for purposes of website accessibility
Log In Help Join The Motley Fool
Free Article Join Over 1 Million Premium Members And Get More In-Depth Stock Guidance and Research
By Dan Caplinger – May 6, 2017 at 6:31PM

The seismic specialist saw a bit more activity in key areas during the most recent quarter.

The past couple of years have been terrible for most of the energy industry, and seismic-services provider Dawson Geophysical (DWSN -10.67%) has gotten caught in the plunge in demand for new exploration efforts among oil and gas production companies. Yet with crude oil prices having bounced back somewhat, industry watchers have hoped for signs of a turnaround in the energy arena.

Coming into Thursday's first-quarter financial report, Dawson investors weren't expecting much from the company's results, anticipating big losses and huge declines in revenue. However, Dawson managed to keep revenue declines well below what most had expected, and some favorable activity during the quarter raised spirits among those who've suffered through the downturn. Let's look more closely at Dawson Geophysical and what its latest results say about the company and the industry. 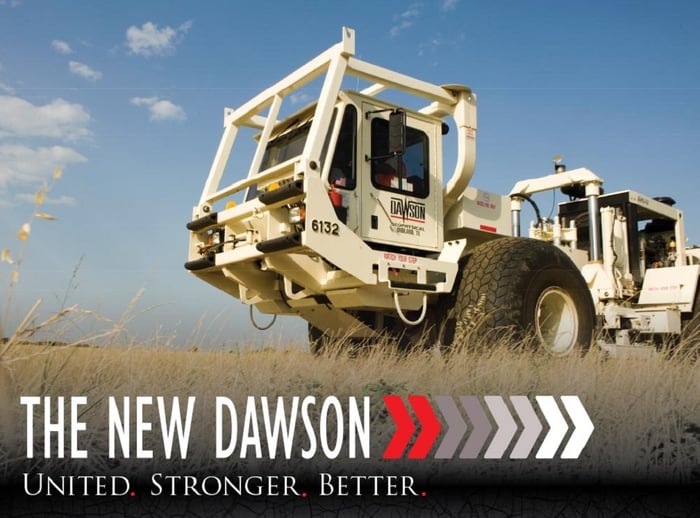 Dawson Geophysical's first-quarter results weren't strong, but at least on the top line, they weren't as bad as many had expected. Revenue was down 11% to $41.9 million, but that was a far cry from the drop to $31 million in sales that many of those following the stock had expected to see. Dawson lost $9.1 million during the quarter, and that worked out to $0.42 per share in losses, which was worse than the $0.34 per share consensus loss estimate among investors.

Looking more closely at the numbers, Dawson kept seeing many of the difficulties that have presented such a challenge in recent years. Despite the drop in revenue, many of Dawson's costs remained fixed. That's why operating expenses only fell about 1%, and even a substantial drop of more than a fifth in overhead expenses wasn't enough to prevent Dawson's operating loss figures to widen from year-earlier levels.

However, some signs of life appeared on Dawson's horizon. The company said that it ran only three seismic services crews early in the quarter, but later on during the period, Dawson had as many as eight crews working in the U.S. and Canada. The seismic specialist said that the Canadian winter season was stronger than it had anticipated, and that helped to make up for reduced activity in the U.S. early in the first quarter. The improvement won't necessarily change Dawson's philosophy with respect to capital expenditures, which it says it will keep at maintenance levels for the year.

CEO Stephen Jumper tried to give a positive tone to the company's experience in the quarter. "While demand for seismic services in North America remains soft," Jumper said, "early signs of strengthening in response to improving oil prices have started to take hold." In particular, the CEO pointed to greater drilling and completion activity in the Permian and Delaware Basin areas of West Texas.

What's up for Dawson Geophysical next?

Dawson also tried to set a more optimistic angle for assessing its future. The company was careful to note that its ability to predict future activity levels remains clouded, and it will likely take further price increases to spur meaningfully greater activity in the seismic realm. Yet Dawson is working on strategies to take full advantage of what opportunities do arise, and the company is still seeing exploration and production companies looking to the seismic specialist for the work they need to maximize production and avoid potential hazards.

At the same time, Dawson has worked on leaning down to concentrate on its core operations. In March, the company sold off its dynamite energy-source drilling operation, realizing a gain of $1.45 million as part of Dawson's ongoing efforts to control costs. By evaluating which areas of its business are likely to see reduced activity levels and demand, Dawson can make smart strategic decisions that will help it make the most of limited resources until conditions in the industry improve.

Dawson Geophysical investors seemed pleased with the company's strategy, and the stock climbed more than 4% in the two trading sessions following the announcement. The energy market has a long way to go before it can recover fully, but Dawson is working as hard as it can to make the most of current tough conditions with an eye toward surviving until more favorable markets boost demand for seismic services.