Gartner (IT -1.89%) reported first-quarter financial results on May 4. The leading provider of research and analysis on the IT industry saw its profits dinged by acquisition-related charges, but management expects the company's recent deals to be meaningfully accretive to earnings in the years ahead.

Additionally, revenue for its events business increased 10% to $35.3 million, with gross contribution margin declining to 38% from 41%. 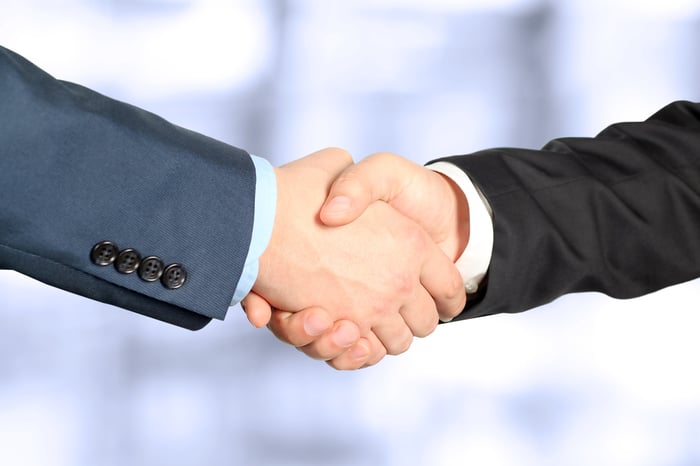 On Jan. 5, Gartner announced that it was acquiring CEB Inc., the operational-best-practices and talent-management company. The deal closed on April 5, for a total enterprise value of approximately $3.5 billion.

Commenting on the acquisition in Gartner's earnings release, CEO Gene Hall said that he's "extremely excited about our prospects for long term growth in both the Gartner and CEB businesses."

Gartner updated its financial outlook for 2017 to reflect the closing of the CEB deal, including:

"The combination of Gartner and CEB will create tremendous value," Hall said during a conference call with analysts. "We continue to expect that, by 2020, we will see an attractive double-digit growth for both the CEB and the Gartner businesses."