Stocks inched back into record territory last week thanks to a mix of strong corporate earnings reports and economic data showing a healthy U.S. job market. The Dow Jones Industrial Average (DJINDICES:^DJI) passed 21,000 points while the S&P 500 (SNPINDEX:^GSPC) notched a 7% gain so far for the year. 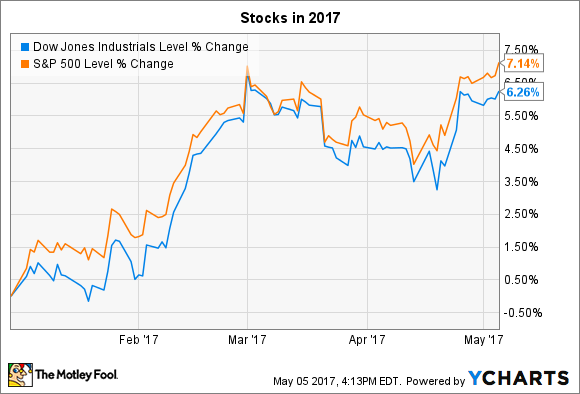 Earnings season rolls on over the coming week, with a few of the most anticipated reports set to be released coming from Walt Disney (NYSE:DIS), NVIDIA (NASDAQ:NVDA), and Whole Foods Market (NASDAQ:WFM). Here are a few trends for investors to watch in the announcements.

Disney will announce results for its fiscal second quarter after the market closes on Tuesday. The entertainment giant's stock has been close to new highs despite recent struggles in the core TV media properties and a sharp drop in profits from other segments. Last quarter, after all, earnings fell 7% as an uptick in the parks and resorts business failed to fully offset double-digit drops in the studio and consumer products divisions.

CEO Bob Iger and his team are bracing for slightly lower operating results this fiscal year following six straight years of record numbers. That dip is mainly an artifact of the release schedule around the Star Wars franchise, though, since last year's results benefited from soaring box office, home entertainment, and consumer products sales tied to the reboot of the brand. Disney's having another great year in theaters so far (thanks, Beauty and the Beast), but improving on 2016's record outing won't likely happen until after the next installment in the Star Wars franchise hits theaters -- and licensed toys begin selling at retailers -- later in the year.

NVIDIA shares are trailing the market so far in 2017 but remain up roughly 200% over the past 12 months. The chipmaker has seen sharply accelerating sales growth lately, and its prime position in exciting industries like self-driving automobiles, artificial intelligence, and cloud computing has investors salivating at its long-term opportunities.

The good news for shareholders is that NVIDIA has paired strong sales gains with equally impressive profitability growth. Gross margin, in fact, jumped by over 3 percentage points last quarter to reach 60% of sales.

CEO Jensen Huang and his executive team are targeting about the same profitability level to kick off its 2018 fiscal year as revenue rises to $1.9 billion -- up 46%. Investors will be keeping a close watch on NVIDIA's projected growth path from there, in addition to any spending and pricing plans that might sacrifice short-term profits in exchange for market-share growth. The company reports on Tuesday after market close.

Whole Foods stock is up big this year, mainly thanks to grumblings from activist shareholders that indicate the grocery chain may end up going private in the near future. Several of the company's biggest shareholders are nudging management in that direction as they look for ways to revitalize the stock following a string of disappointing operating results. Last quarter, for example, comparable-store sales fell 3% due to a sharp decline in customer traffic. 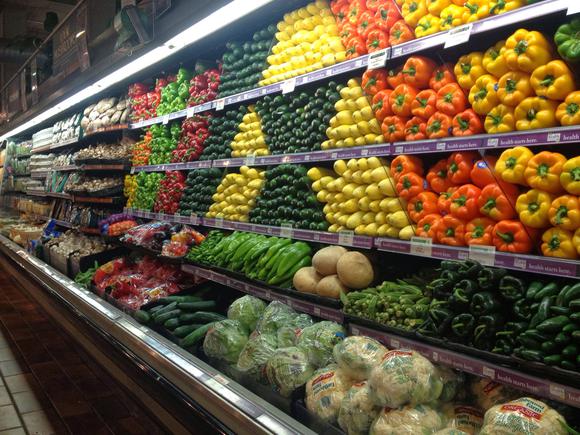 Those goals will likely be easier to achieve away from the relentless pressure of public markets pushing for immediate operating improvements. There's no guarantee that Whole Foods will find a buyer, though, or that the price will represent good value for shareholders who have seen their stock drop sharply since setting an all-time high in early 2014.