Please ensure Javascript is enabled for purposes of website accessibility
Log In Help Join The Motley Fool
Free Article
Join Nearly 1 Million Premium Members And Get More In-Depth Stock Guidance and Research
By Bradley Seth McNew – May 8, 2017 at 9:20AM

In-flight Wi-Fi maker Gogo signed some big deals in April, but its stock is still less than half of what it used to be.

Gogo already had a strong start to 2017 when it reported its fourth-quarter and full-year 2016 earnings in late February, which included full-year revenue up 19% over 2015. Then in April, the company announced two new exciting partnerships as the service provider for Airbus, which can now have Gogo's latest equipment added to its planes during the manufacturing process, as well as Virgin Australia, which will use Gogo for its domestic and international flights. Another highlight in April was that Gogo hired a new CFO, former Vonage and Nextel executive Barry Rowan, who should be able to help Gogo traverse its next stage of growth and begin seeing more of its sales growth actually make it to the bottom line. 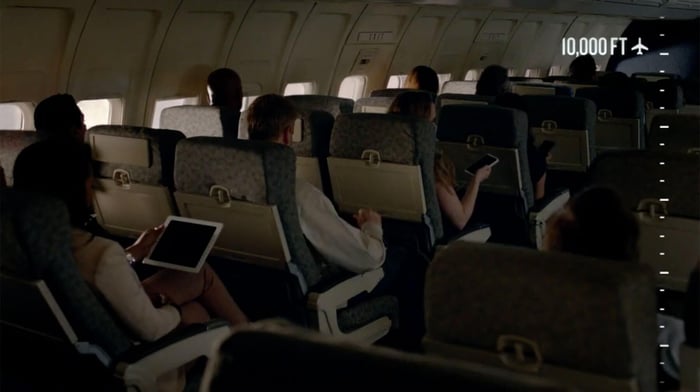 Gogo announced its 2017 first-quarter earnings on May 4, including revenue growth of 17% year over year, but still net loss widened further to $41.4 million as capital expenditures nearly doubled. The company is making big investments to assure that its equipment is upgraded to fit the needs of hungry data consumers on flights. Those investments are coming at the cost of earnings (as well as lower cash and higher debt), but rising revenue and these new contracts show that the service is certainly in demand.

Following the strong last few months, Gogo shares are now up 43% year to date, but the stock is still far off its highs in 2013 -- it's down around 60% since that time. If the new CFO and the rest of the team are successful in eventually turning those rising sales into rising earnings, Gogo's stock could take off as well. However, the company will have to defend its territory from other tech companies like ViaSat that are looking to use satellite technology to deliver in-flight connectivity.

Why Gogo Stock Took Off Today