Please ensure Javascript is enabled for purposes of website accessibility
Log In Help Join The Motley Fool
Free Article Join Over 1 Million Premium Members And Get More In-Depth Stock Guidance and Research
By Ashraf Eassa – May 8, 2017 at 11:15AM

Initial reactions to the reveal trailer for Activision Blizzard's next Call of Duty title point to an improvement over last year's iteration.

Late last month, Activision Blizzard (ATVI -4.07%) finally revealed that the next game in the company's huge Call of Duty video game franchise would be known as Call of Duty: WW2.

Rather than continue trying to build yet another installment in the franchise set in the future (the company's most recent game, Call of Duty: Infinite Warfare, didn't do that well in the market), the company's next Call of Duty game will, as the title suggests, be set during World War 2. 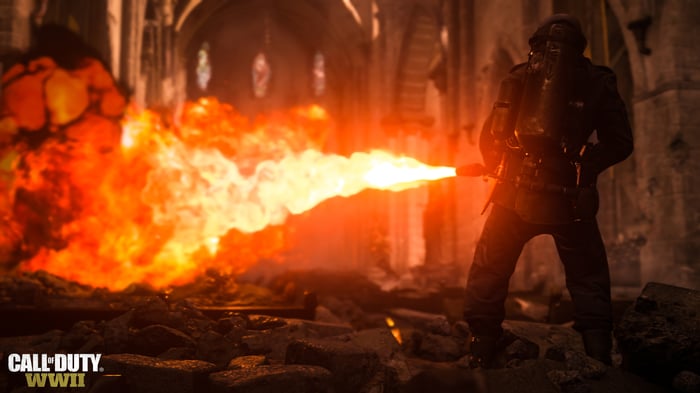 Although the game isn't out yet (it launches on Nov. 3), Activision Chief Operating Officer (COO) Thomas Tippl did offer some interesting preliminary data points  on the company's most recent earnings that might suggest that Call of Duty: WWII will fare better than its predecessor did.

Tippl said that the company's "global live stream" in which it revealed Call of Duty: WWII "became the most watched live stream in Call of Duty history."

Not only did a lot of people seemingly pay attention to the reveal of Call of Duty: WWII, but the reception among viewers appears to have been quite good.

Additionally, Tippl provided some preliminary pre-order information, saying that pre-orders "are off to a very strong start."

Call of Duty is an important franchise for Activision Blizzard, and it's encouraging to see that the upcoming installment in the franchise is seeing much better reception than its predecessor did when it was first revealed.

It's worth keeping in mind, though, that Call of Duty ultimately lives and dies by the quality of the multiplayer portion of the game, and the company has yet to show the game's multiplayer component publicly.

What investors ought to keep an eye on going forward is the kind of reception Activision Blizzard gets from the community, gaming press, and so on when it finally demonstrates Call of Duty: WWII's multiplayer component at the E3 trade show set to begin on June 13.

If the various game footage, hands-on impressions from attendees, and so on all point to a much more compelling game than what Activision Blizzard released with Call of Duty: Infinite Warfare, then that could give investors additional reason to be excited about Call of Duty: WWII.