Please ensure Javascript is enabled for purposes of website accessibility
Log In Help Join The Motley Fool
Free Article
Join Nearly 1 Million Premium Members And Get More In-Depth Stock Guidance and Research
By Eric Volkman – Updated May 8, 2017 at 7:38AM

Earnings season has hit its peak, and as usual, there have been more than the typical number of dividend raises from companies.

In the final week of April, there were around 40, by my count, thus far more than enough from which to choose our usual trio. Without further ado, here are my latest and greatest picks. 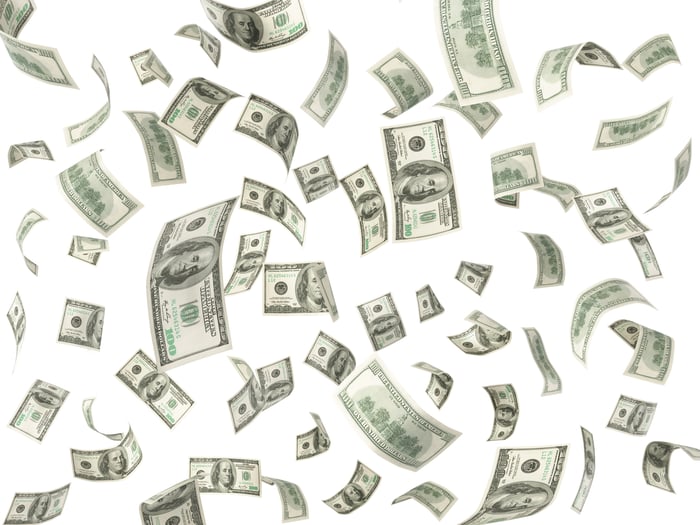 Longtime tech industry veteran IBM (IBM -0.04%) has declared that its next quarterly dividend will be $1.50 per share. That tops the most recent payout by 7%.

Unlike the two other stocks we'll be looking at, IBM isn't a dividend aristocrat -- one of the rare stocks that has lifted its payout at least once annually for a minimum of 25 years in a row. It's inching toward that status, however, as this is its 22nd consecutive annual bump.

However, IBM is also building a streak that's pointed in the opposite direction. The company has reported 20 straight quarters of declining revenue; its latest frame saw the top line erode by 3%, with net income slumping by 13%. "Big Blue" has seen gains in certain segments, particularly cloud computing, but they aren't enough to lift those numbers. 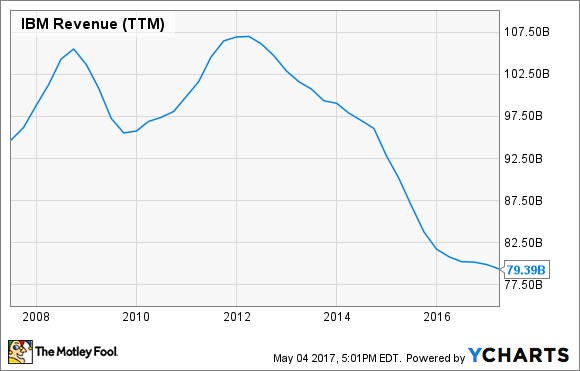 Still, the old giant has plenty of financial muscle. It's been consistently operating and free cash flow positive, and although those two line items haven't grown significantly, they remain more than sufficient to cover both the dividend and the company's share repurchases. That's important, because IBM pays a dividend that is quite juicy for the tech sector; in fact, it's one of the key attractions of the stock these days.

IBM's upcoming distribution is to be paid on June 10 to stockholders of record as of May 10. It would yield just under 3.8%, well exceeding the current 1.9% average of dividend-paying stocks on the S&P 500.

Our first dividend aristocrat up to bat for this article is healthcare stalwart Johnson & Johnson (JNJ -0.39%). The company is extending its dividend-raising streak to 55 years in a row, with a 5% bump in its quarterly payout to $0.84 per share. 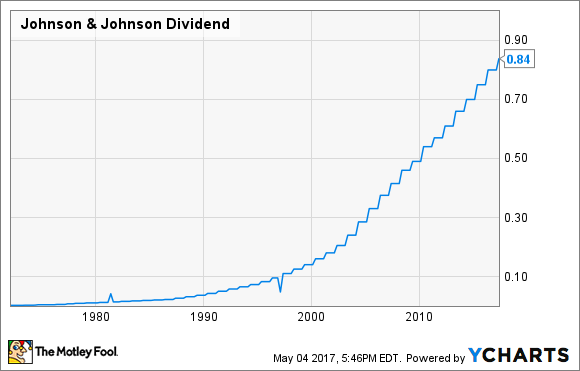 That raise is actually fairly modest for the company; in fact, as my Foolish colleague Sean Williams points out, it's the lowest so far this decade.

That stands to reason, as it's in the process of swallowing its monster acquisition, European biotech company Actelion. The $30 billion deal is Johnson & Johnson's largest acquisition in history, and it'll put a dent in the finances.

Yet it has the potential to boost the American company's profitability going forward by 1.5% to 2% annually. That would be a relief, as Johnson & Johnson's Q1 sales crept up less than 2% on a year-over-year basis on weak domestic and European sales. Meanwhile, net income declined marginally.

At the same time, it continues to spend the bulk of (or even a bit more than) its free cash flow on the dividend and share buybacks. For a normal company, this would be a concern, but this is not a normal company. It's irrevocably associated with the dividend aristocrats and is likely to do its utmost to retain that status. Weaker results and pricey acquisitions notwithstanding, it's got the cash pile to do so, and I fully expect it will.

Johnson & Johnson's new payout will be dispensed on June 13 to shareholders of record as of May 30. It yields a theoretical 2.7%.

Dividend aristocrat No. 2 in our lineup this week is ExxonMobil (XOM -1.83%). The oil and gas behemoth is nudging its quarterly distribution 3% higher to $0.77 per share.

This is a good time for a raise. Like other energy majors, the company has been doing relatively well of late. The cause, naturally, is oil prices, which have staged a mini-rebound of sorts. Although still not where they were before the 2014 crash, they're significantly above the depressed levels of this time last year. 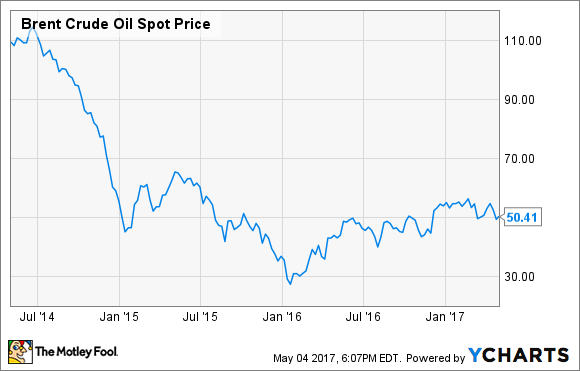 As a result, and thanks to cost-cutting and other measures, ExxonMobil's estimates have it earning just over $4 billion for its Q1 2017, an amount that would be more than double the result of the year-ago quarter. Revenue and other income are poised to increase by almost 30%, topping $63 billion.

That means both cash from operations and free cash flow are again on the rise. In fact, the latter figure grew nearly twentyfoldfold year over year to $4 billion, which should help support that new dividend. Unless the oil price sees another huge dive -- and perhaps not even then -- I'd imagine ExxonMobil will continue to find the scratch for its payout.

ExxonMobil will pay its enhanced dividend on June 9 to investors of record as of May 12. At the most recent closing stock price, the new amount would yield 3.8%.