Please ensure Javascript is enabled for purposes of website accessibility
Log In Help Join The Motley Fool
Free Article Join Over 1 Million Premium Members And Get More In-Depth Stock Guidance and Research
By Jeremy Bowman - Updated May 9, 2017 at 12:52PM

Adidas is stealing Under Armour's thunder right in its backyard.

It's hard to deny Under Armour's (UA 2.19%) (UAA 5.39%) status as a disruptor. In less than a generation, the sportswear maker has become the No. 2 sports apparel brand in North America, posing a legitimate challenge to Nike (NKE 4.55%) and Adidas (ADDYY 2.35%), something no other brand has been able to do.

However, that growth came to a screeching halt in the last quarter. Under Armour's sales grew just 7% overall, while revenue in North America, its core market, fell 1%. The results were an extension of a trend begun last year as management blamed the problems at home on "the absence of business lost to bankruptcies," including The Sports Authority, which liquidated all 450 of its stores last year. Under Armour has made an effort to rebuild with new Brand House stores and a partnership with Kohl's, but it hasn't been enough to replace the retail partners it's lost. 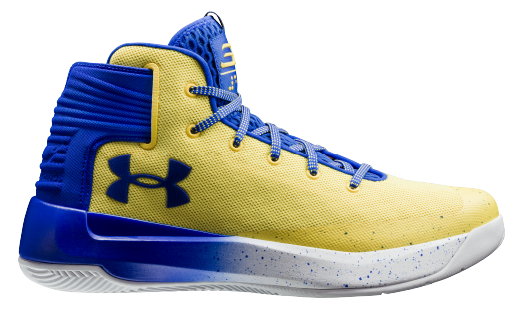 Meanwhile, footwear sales have dramatically slowed as CEO Kevin Plank admitted that the recent Curry 3 shoes fell flat with consumers as footwear sales grew just 2% last quarter, down from 64% a year ago. While international growth was strong, nearly 80% of the company's sales still come from its home market, meaning its fortunes in North America will go a long way toward determining the company's overall performance.

While Under Armour has struggled at home, another brand has been ascendant. Adidas is taking back market share, riding a wave of retro shoe fashion trends and a renewed marketing push after signing basketball stars like James Harden.

Adidas' sales in North America jumped 31% in the first quarter, its best performance in any region, as shoes like the Stan Smith and Superstar performed well. In fact, the Superstar was the No. 1-selling shoe in the U.S. last year, supplanting Nike for the first time in a decade.

Now Adidas is attempting to pull the same trick it did with Adidas Originals with Reebok Classics, as Reebok sales grew 18% in the recent quarter. Reebok was once the No. 1 sneaker brand in the U.S., back in the 1980s, and if Adidas is successful, it would add a runway to the company's market share gains.

A survey by Piper Jaffray on American teens also showed a similar trend between Under Armour and Adidas. It found that Adidas was the fastest-growing brand among teens, moving to the No. 3 spot in footwear and No. 5 in clothing.

Under Armour, meanwhile, was among the brands losing market share and relevance, and the research firm said that Adidas was crowding it out in mindshare potential.

Footwear is the key

Both Nike, which dominated the teen survey, and Adidas derive significantly more income from footwear than apparel. Under Armour has historically focused on apparel, but with its signing of Stephen Curry, it's made a bolder move into footwear. That's why the sudden drop to 2% growth in footwear is so concerning, though. Under Armour's other big bet, Connected Fitness, has not yet yielded meaningful results.

If the company is truly going to reach its goal of growing to the size of Nike or Adidas, it will need to become a legitimate competitor in footwear.

On the recent Under Armour earnings call, Plank said that footwear growth was "very, very strong" internationally, but said the landscape was "competitive" in the U.S. With Adidas now focused on turning around the Reebok brand and Nike looking to jump-start growth, that competitiveness is unlikely to change.

Plank touted the company's full footwear pipeline on the call, saying that it planned to introduce a new connected shoe later this year, allow consumers to customize footwear on its website, and expand its distribution. The company expects footwear growth to outpace overall sales by the end of the year, but it won't be easy. Fending off Adidas is only the company's latest challenge.