Please ensure Javascript is enabled for purposes of website accessibility
Log In Help Join The Motley Fool
Free Article
Join Nearly 1 Million Premium Members And Get More In-Depth Stock Guidance and Research
By Timothy Green – May 8, 2017 at 11:44AM

Margins got a boost from higher-than-expected demand, pushing earnings well above expectations.

Tower reported first-quarter revenue of $330 million, up 19% year over year and in line with the average analyst estimate. CEO Russell Ellwanger commented on the drivers of this growth:

The first quarter demonstrated a strong year over year growth. We are executing well within each of our targeted analog application markets. During the quarter, we received higher than expected demand for high margin businesses such as RF SiGe optical infrastructure and CMOS Image Sensor business, specifically industrial applications. These orders, which will be shipped throughout the next quarters, further strengthen our belief for revenue and margin growth in the year, with our second quarter guidance reflecting the Company's highest revenue ever. 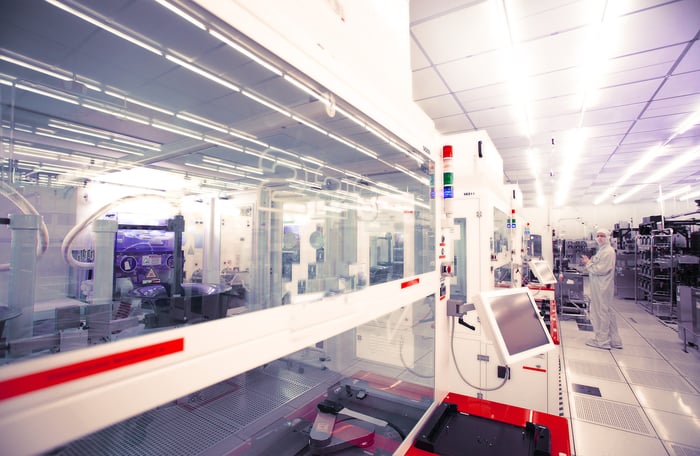 Tower expects growth to slow a bit during the second quarter. The company's guidance calls for second-quarter revenue of $345 million, a 13% year-over-year increase. Earnings guidance wasn't provided in the company's earnings press release.

Tower put up a solid quarter, with growth in high-margin businesses pushing up margins and profits. Whether those high margins are sustainable is an open question.