Please ensure Javascript is enabled for purposes of website accessibility
Log In Help Join The Motley Fool
Free Article
Join Nearly 1 Million Premium Members And Get More In-Depth Stock Guidance and Research
By Beth McKenna – May 8, 2017 at 11:00AM

Shares of the 3D printing company have been on fire in 2017. Here’s what investors should know. 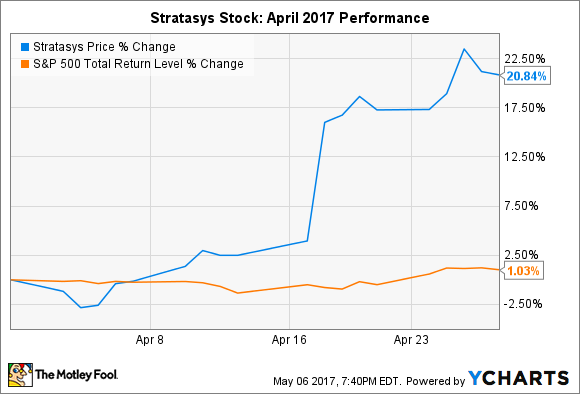 We can probably attribute Stratasys stock's strong performance in April to a few factors. The biggest one is likely a Wall Street analyst upgrade: The analyst at Piper Jaffray who follows the stock upgraded its rating from neutral to overweight on April 18. The stock surged to a closing gain of 11.6% on this day and continued to drift higher throughout the month, suggesting that the upgrade's effect was longer lasting that just the one day.

It also seems likely that Stratasys stock bounced back a bit in April after being driven down -- perhaps too much -- on March 9 after the 3D printing company released fourth-quarter and full-year 2016 earnings. It probably wasn't the quarterly results that disappointed investors and caused them to drive shares down by 9.4% -- both revenue and adjusted earnings per share came in higher than Wall Street was expecting -- but the lighter-than-anticipated revenue and earnings guidance for 2017.

A third possible -- but unlikely, in my opinion -- factor boosting Stratasys stock in April was the announcement on April 4 by UK-based LPW Technology that it had received a strategic investment from Stratasys. LPW produces metal powders and provides related solutions for industrial metal 3D printing. The stock didn't move when this news was announced, which is why I don't think it was a factor in the stock's April performance. That said, it was a good move by Stratasys, as the metals space is the fastest-growing space within the 3D printing sector. 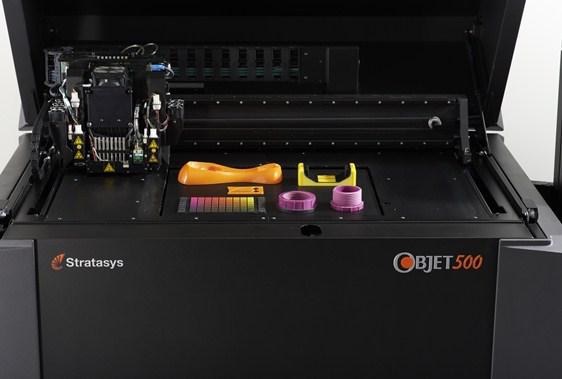 Existing Stratasys investors are surely pleased with a 21% gain in just a single month. However, investors shouldn't change course based on the rise in Stratasys' share price in April. Nothing material has changed regarding the company's business performance or outlook. Granted, the LPW investment was a smart move, but an investment in what appears to be a relatively modest-sized company probably isn't going to move the needle for a company of Stratasys' size -- at least not for a while.

Investors, however, will soon be getting some very material news: Stratasys is scheduled to report its first-quarter 2017 earnings before the market opens on Tuesday, May 16. Investors should look for signs that the macroeconomic environment in which Stratasys operates is improving, as the company along with its peers has been struggling to grow revenue over the last two years.

3D Systems vs. Stratasys: Which Had the Better Q1 Earnings Report?
413%