Please ensure Javascript is enabled for purposes of website accessibility
Log In Help Join The Motley Fool
Free Article
Join Nearly 1 Million Premium Members And Get More In-Depth Stock Guidance and Research
By Brian Stoffel – May 9, 2017 at 7:30AM

From surgery to search, these industry leaders have earned a permanent place in my portfolio.

Times change: People come and go. Fashion styles burst onto the scene and quickly fade. Fat is a heart killer one year and benign pleasure the next.

But some things stay constant. My portfolio has four stocks in it that I simply don't see myself selling -- ever. Combined, they constitute over 40% of my real-life holdings, so my money is firmly where my mouth is.

If asked to sell, my simple response would be: 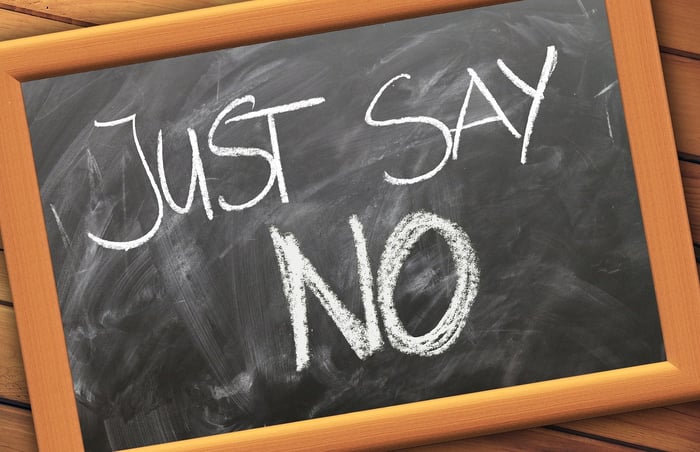 Moats as wide as the eye can see

A moat is another word for a sustainable competitive advantage. Often times, investors get so caught up in the story of a stock -- how it was founded, the arc of future results, how big the opportunity is in the years ahead -- that they forget to figure out how just this one company will benefit from all of the tailwinds, while leaving the competition in the dust.

That leads to disastrous investing results. Take Whole Foods as a case in point. While organic food purchases have grown by an order of magnitude faster than overall food purchases for decades, they still only make up a tiny slice of the pie. That represents an enormous opportunity, and Whole Foods clearly sits at the front of the pack.

And yet, the company has struggled mightily in the face of these tailwinds. Why? Because it doesn't have much of a moat. While other grocers may have been late to the scene, they can offer similar fare cheaper and have far more locations for people to shop at.

In a nutshell, you want to avoid such situations. There are a host of moats that these four companies, however, have in spades.

While not the most powerful way to fend off competition, both Amazon and Alphabet -- better known as Google -- have extremely valuable brands. Forbes estimates that they hold the number 12 and 2 spots globally, worth $35 and $83 billion, respectively.

Amazon has a network of 102 fulfillment centers stateside and over 393 on earth. These multi-million dollar facilities ensure fast delivery of products, and it would be prohibitively expensive for the competition to match this scale.

Meanwhile, Intuitive Surgical has an installed base of da Vinci machines, with over 4,000 worldwide. Each machine has a number of doctors who have spent hundreds of hours tinkering with its capabilities. No other device maker is even close to such scale.

When you need to find information on the fly, you "Google it". That type of "mind" share -- while anecdotal -- is worth its weight in gold. Google owns over 96% of worldwide mobile search engine market share, which gives it gobs of data that can then be used to offer targeted advertisements.

Intuitive Surgical has no real Pepsi to its Coke, other than traditional surgery.

Once we get set in our ways with a product or service, we are sometimes loath to switch. Banks are a perfect example: We link and automate different things to our accounts. Even if the service is subpar, or the rates are better somewhere else, we don't want to switch because of the headache that migrating all those accounts would cause.

You can use your Google ID to sign in to most sites these days, without ever having to remember passwords. Amazon Prime guarantees free two-day shipping and a host of other benefits. And hospitals would have large sunk costs if they decided to abandon their da Vinci machines.

Finally, we have what is probably the most powerful of all moats: the network effect. When one person joins a network, others are more incentivized to join. Therefore, with each additional member, the value of the service grows.

This is where Mercadolibre excels. It offers the largest e-marketplace in Latin America, giving people a place to buy and sell almost anything. Vendors know customers will be there, and customers know vendors will be there. Disrupting that model would be very difficult for the competition.

Similarly, for Amazon, third-party sellers have realized that by offering their products on Amazon's platform, they get access to far more potential customers. That draws more people in and adds even more vendors.

Multiple futures: the icing on the cake

Those moats alone are reason enough to be bullish. But it doesn't end there. Given that each company has an expansive mission, there are multiple "futures" to success: potential industries that could but don't necessarily have to be served by them in the future.

When the potential for multiple futures exist, you don't necessarily need to know exactly what the future holds. Here, you actually can use past performance as an indication that management knows how to expand going forward.

That, combined with the five different moats described above, helps explain why I have no intention of ever selling my holdings in these four companies.