Please ensure Javascript is enabled for purposes of website accessibility
Log In Help Join The Motley Fool
Free Article Join Over 1 Million Premium Members And Get More In-Depth Stock Guidance and Research
By Daniel B. Kline – May 9, 2017 at 4:11PM

The company has changed its attitude to very big results.

In sports, when a team fires its coach, sometimes it's not because he suddenly became bad at his job, but because the playbook that always worked for him needed updating.

Sometimes it's simply that the game has changed around the coach, and it's hard for most to adapt. Maybe it was a rule change, maybe player skills have evolved, or maybe it's a combination of a lot of little things that make a one-time top-tier leader less than what he once was.

In many ways, that's what happened to Steve Ballmer at Microsoft (MSFT -0.59%). The longtime CEO did not lose his skills, but the game changed around him. When he took over the company from founder Bill Gates, it was essentially a monopoly. Apple (AAPL -2.12%) had some niche market share in areas like education and graphic design, but Microsoft Windows dominated the business and home markets.

That changed when tablets and phones running Android and iOS began to become alternatives for traditional Windows PCs. That loosened Microsoft's dominance and gave consumers real options. It's hard to know if Ballmer would have ultimately been able to change his thinking, but his resignation and Satya Nadella taking over as CEO in February 2014 changed the course of the company. 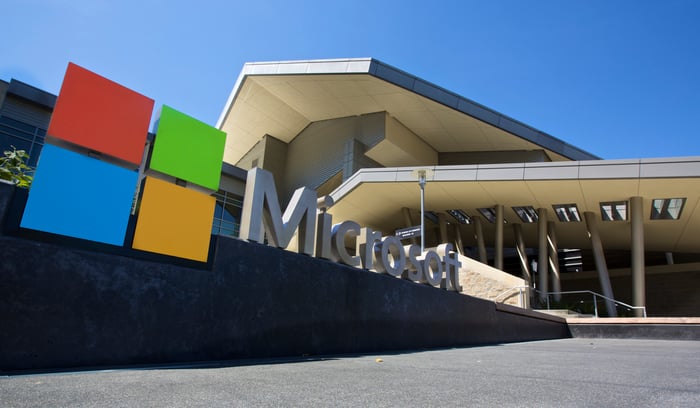 Microsoft has made big changes to how it operate under Nadella. Image source: Microsoft.

How did Microsoft change?

Nadella made lots of operational changes to the company, but the biggest change he made was more in overall thinking. The new CEO recognized that the operating environment had changed, and that Microsoft had to change with it. That's a surprisingly hard pivot for many companies to make.

This change was most evident in three areas, and it's fair to say the first may have happened under Ballmer, who had begun making changes in that direction.

Nadella created a more humble Microsoft. He recognized that it was not possible to go back to being a monopoly, so he made a cultural shift, where the company became wiling to do whatever customers needed. That was not an overnight change, or an easy one, but the new CEO managed to pull it off. 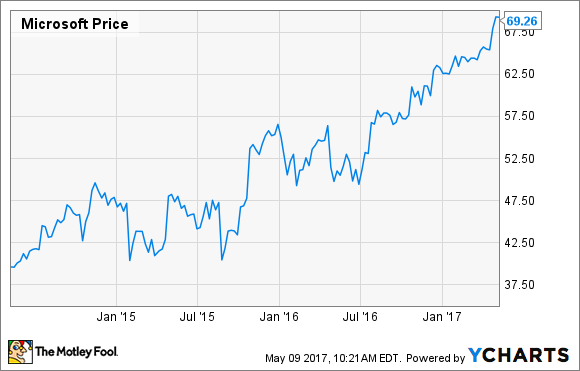 As you can see in the chart above, Nadella has brought Microsoft's share price steadily upward. Much of that has been driven by the attitudinal change he led at the company, but those are not the only changes he has made.

The new CEO led his company fully into the cloud, and he completed the transition of Office from a one-time purchase to a subscription product. Going forward, the cloud should be a major source of growth, and the Internet of Things (IoT) offers a chance for big growth in Windows. In addition, Nadella has his company exploring emerging technologies including virtual reality (VR), where its HoloLens could become a driver for Microsoft.

Nadella not only changed Microsoft's culture, he changed how the company is perceived internally and externally. That's a major feat to pull off, and if he can maintain that nimbleness of thinking and willingness to admit failure, it should serve the brand well for years to come.