Please ensure Javascript is enabled for purposes of website accessibility
Log In Help Join The Motley Fool
Free Article Join Over 1 Million Premium Members And Get More In-Depth Stock Guidance and Research
By Beth McKenna – May 9, 2017 at 11:03AM

The drug delivery company, which is a leader in tubeless insulin pump technology with its Omnipod Insulin Management System, delivered revenue growth of 25% -- which exceeded its guidance -- while its loss per share narrowed slightly. The company also edged up the lower end of its revenue guidance range for full-year 2017.

Insulet's stock has gained 39% for the one-year period through the regular trading session on Monday, versus the S&P 500's total return of 19%.

Results adjusted for discontinued operations exclude the loss in the first quarter of 2016 from the company's Neighborhood Diabetes supplies business, which it sold in that quarter.

Revenue exceeded the company's guidance of $96 million to $99 million. Insulet doesn't issue earnings guidance. For additional context -- though long-term investors shouldn't place too much weight on Wall Street's near-term estimates -- analysts were looking for a loss of $0.15 per share on revenue of $97.8 million. So Insulet's earnings fell a bit short of Wall Street's expectations, while its revenue beat the consensus. 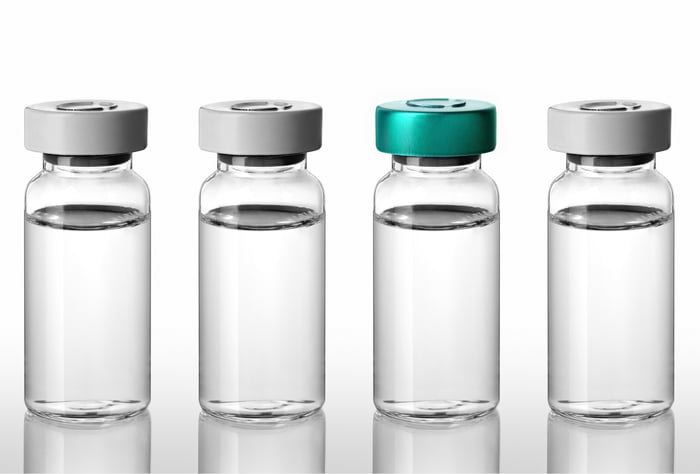 Here's what Sullivan had to say in the press release about Insulet's quarter:

Every area of our business showed strong momentum and outstanding performance in the first quarter. We continued to execute on our commercial and operational strategies and made great headway on our key initiatives, including our manufacturing and supply chain efforts. This operational progress is driving high product quality, which supports a strong and always improving customer experience. We are investing in innovation to ensure our significant product differentiation and strong business model continue to position Insulet for success in the diabetes and drug delivery markets.

Insulet had a solid quarter. The company edged up the lower end of its revenue guidance range for full-year 2017 and established second-quarter guidance as follows:

For context, Wall Street was estimating going into the earnings release that Insulet's second-quarter revenue would come in at $104.6 million.

Why Insulet Stock Is Skyrocketing Today