A positive analyst note following a mixed earnings report seems to be the main driver.

Shares of optoelectronics module and subsystem manufacturer NeoPhotonics Corp. (NPTN) jumped on Tuesday. The company's first-quarter report on May 5 and a positive analyst note on May 8 may be driving the gain. The stock was up about 11% at 3 p.m.

NeoPhotonics' first-quarter results were mixed relative to analyst estimates. Revenue dropped 28% year over year to $71.7 million because of the sale of its low-speed transceiver business and weak demand in China. This was about $1.65 million above the average analyst estimate. 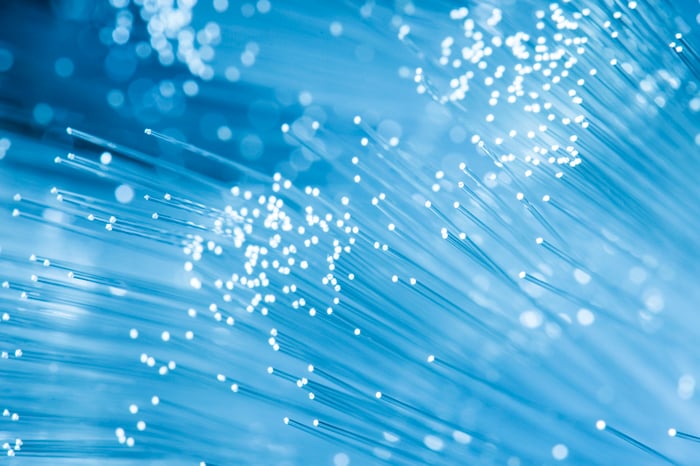 Non-GAAP EPS was a loss of $0.25, $0.03 lower than analyst expectations. NeoPhotonics announced a cost-saving program in response to weak demand in China, and it expects to remove between $6 million and $9 million in annualized operating costs.

Despite the mixed results, an analyst at Needham & Company reiterated a "strong buy" rating on Monday. The analyst believes that the worst of the China issue is over, with solid growth returning during the second half. The analyst's price target of $13 per share remained unchanged.

Shares of NeoPhotonics have tumbled since peaking in late 2016. Even after Tuesday's rise, the stock is down more than 50% from its 52-week high. 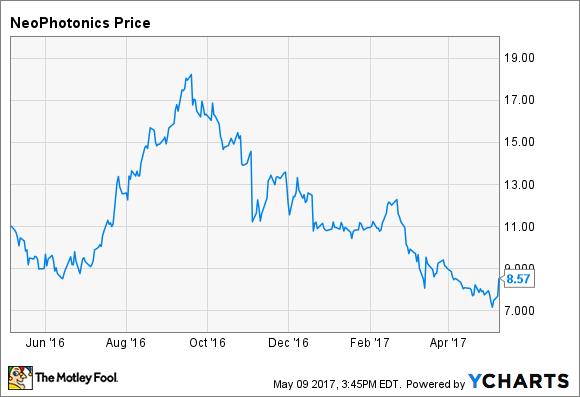 The positive analyst commentary gave the stock a boost, but the company will probably need to return to revenue growth and profitability for a full recovery to take place.