A strong earnings report and a buyout offer were extra sweet for the optoelectronics supplier.

The provider of optoelectronic products delivered strong third-quarter earnings results, with revenue up 29% quarter over quarter. But the big news that boosted the stock was the $918 million buyout proposal from Lumentum Holdings (LITE 0.96%). 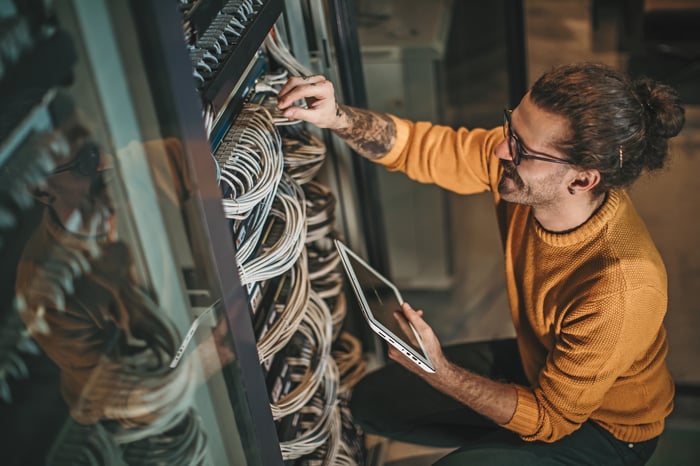 On a per-share basis, the Lumentum offer represented a 39% premium over NeoPhotonics' closing price on Nov. 3. Lumentum could be scoring a great value, since NeoPhotonics saw improving demand in the recent quarter. Management credited demand for high-speed 400G products, which accounted for most of its revenue in the quarter.

NeoPhotonics is also seeing improving profitability, with non-GAAP operating profit reaching a positive $1.3 million compared to the prior quarter's loss of $10.3 million.

The combination of Lumentum and NeoPhotonics is expected to unleash both companies in the fast-growing $10 billion market for optical components in the cloud and telecom network infrastructure markets. This space is seeing strong growth, given the increasing demands being placed on network capacity requirements from the growing use of the cloud, gaming, video, and other applications.

Both companies expect to generate more than $50 million in annual synergies within 24 months of the deal closing. The acquisition is also expected to be immediately accretive to the combined company's adjusted earnings per share.