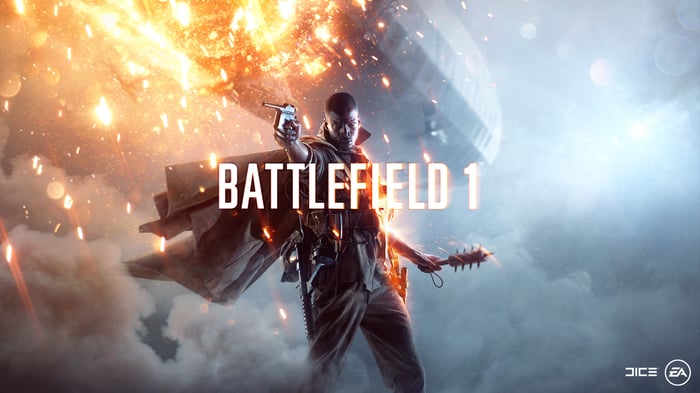 Notably, EA's first-person shooter game Battlefield 1 has seen a 50% surge in players -- to more than 19 million -- compared to a previous version of the game. EA's soccer franchise is also enjoying strong growth, with more than 21 million players joining FIFA 17 through the end of fiscal 2017 and FIFA Ultimate Team players up 13% year over year. Additionally, Star Wars: Galaxy of Heroes user engagement continues to strengthen, with average gameplay time per player reaching a new high of 162 minutes per day in the fourth quarter.

Electronic Arts remains on the path toward full-scale digital distribution, with 61% of its fourth-quarter total net revenue coming from digital game sales, compared to 55% in fourth-quarter 2016. That helped gross margin increase to 86.8%, up from 82.7% in the prior-year period.

"We generated record net sales and operating cash flow in fiscal 2017, driven by our ongoing transition to digital as well as our increasing success with live services," CFO Blake Jorgensen said in a press release. "Our long-term vision, to leverage deep player engagement to drive growth and profitability, is enabling us to execute on our near-term financial goals to increase revenue, earnings and cash generation."

Electronic Arts expects revenue of approximately $1.425 billion in the first quarter, with net income of $605 million, or $1.93 per share.

"Fiscal 2017 was a milestone year for Electronic Arts, defined by groundbreaking games and live services that delivered more fun and connected more players with their friends," added CEO Andrew Wilson. "In Fiscal 2018, we are focused on innovating for our players with extraordinary new experiences across our portfolio, continuing to grow our global network, and extending our reach across new platforms and more ways to play."