ImmunoGen (NASDAQ:IMGN) released first-quarter earnings on Friday, but with the lack of revenue from drugs on the market, the focus was on the company's pipeline.

Data source: ImmunoGen. Quarter designations based on calendar year because ImmunoGen changed its fiscal year in 2016. 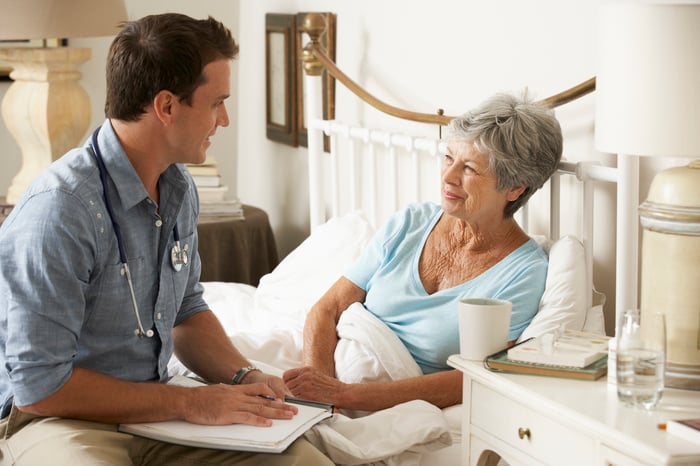 Management is expecting the FORWARD I clinical trial to read out in early 2019, but the current cash in the bank will only fund company operations into the second quarter of 2018. Mark Enyedy, ImmunoGen's president and CEO, has a plan -- multiple plans, actually -- for raising additional capital:

We chose to target our B-cell programs for out-licensing and so there's active interest there, which we are pursuing as we speak. In addition to that, as you know, we have a number of agreements that provide for downstream royalty obligations. And so we continue to explore the possibility of monetizing those royalty streams for upfront cash. And then finally, we are entertaining interest in our development-stage programs with respect to co-development and co-commercialization arrangements for those programs that would enable us to generate upfront cash as well as mitigate our ongoing expenses, while retaining substantive commercial rights in those programs downstream. And so we are actively exploring each one of those avenues as we speak with the goal of, as you say, improving the shape of the balance sheet.

The key differentiator is that our payload basically modifies one strand of DNA. It doesn't cross-link and therefore, we have a different level of toxicity on both tumor and normal cells. And what we see is, in practice, in preclinical models, is we have the same level of potency against tumor cells with our payload as you see with the cross-linking drug such as Seattle's. So we find that we have a higher level of tolerability, meaning we can dose more frequently and more often. We think this will manifest itself as a hopefully superior profile in the clinic.

The next value-driving opportunity for ImmunoGen will come next month at the American Society of Clinical Oncology (ASCO) meeting. Investors will get to see pooled data from phase I trials using mirvetuximab soravtansine as a monotherapy, which will hopefully add to investors' confidence that FORWARD I will be successful. ImmunoGen will also present data from FORWARD II, a trial combining mirvetuximab soravtansine with other cancer drugs. If positive -- and some of the combinations likely are since management has already indicated that it's moving forward with them -- it will give some confidence that mirvetuximab soravtansine is active, and it'll also provide a backup plan if the monotherapy doesn't work.

Beyond mirvetuximab soravtansine, investors can look forward to phase 1 data for IMGN779 in AML in the middle of this year. And in the third quarter, ImmunoGen plans to file an investigational new drug application for IMGN632, which will allow the company to start clinical trials in multiple blood cancers.