Last week, The Wall Street Journal reported that Snap (NYSE:SNAP) had signed deals with a slew of TV networks to create new, original content for the company's Snapchat app. Among the list of content creators was Scripps Network Interactive, NBCUniversal, ESPN, Vice Media, the NFL, Turner, and others. CBS and Twenty-First Century Fox are also in talks to bring their own original shows to Snapchat.

It's a pretty big thing for such a young company to be making so many deals with content creators, and it comes at a time when social-media rivals Facebook (NASDAQ:FB) and Twitter (NYSE:TWTR) are making deals of their own. (More on that later.) 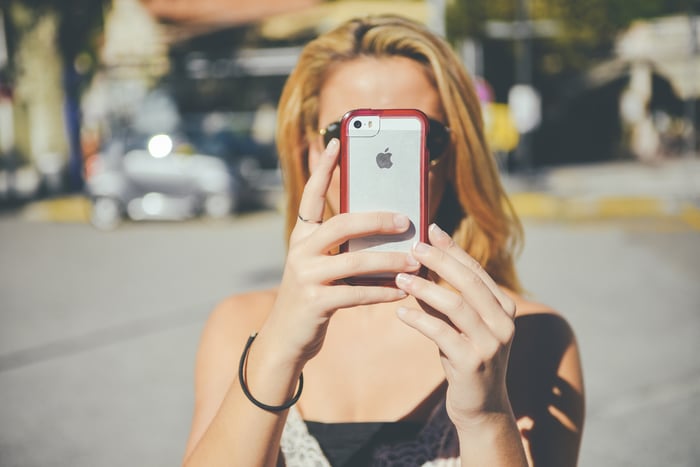 Snapchat already has a few original shows on its app, including a version of The Voice that it helped create with NBCUniversal. Several new shows are expected to run each day, with a length of about five to eight minutes, and are expected to air sometime at the end of this year.

So why would all of these media companies be so eager to spend time and money creating original content that will only be aired on Snapchat? It has a lot to do with wooing millennials.

Making a play for millennial money

Snap currently has 161 million daily active users who spend an average of 25 to 30 minutes every day on the app and open it up about 18 times per day. More than half of Snap's users fall into the coveted 18- to 34-year-old age group, which  is an important demographic for advertisers because American millennials outnumber Generation X and baby boomers in the workforce -- and they're spending gobs of money. A 2015 New York Times article noted, "The consulting firm Accenture estimates that millennials will spend $1.4 trillion annually by 2020, and they are expected to inherit about $30 billion in the coming years."

The millennial demographic is simply too large and too lucrative for content creators to pass up.

At the end of last year, reports surfaced that Facebook was was talking to content creators and TV studios to bring original content to its platform. Facebook's head of global creative strategy, Ricky Van Veen, told Recode at the time: "Earlier this year, we started rolling out the Video tab, a dedicated place for video on Facebook. Our goal is to kick-start an ecosystem of partner content for the tab, so we're exploring funding some seed video content, including original and licensed scripted, unscripted, and sports content, that takes advantage of mobile and the social interaction unique to Facebook."https://www.recode.net/2016/12/14/13955348/facebook-original-video.

Some of that appears to already be happening, as Business Insider reported a few days ago that Facebook will launch about two dozen original shows in mid-June.

Twitter has also made its own video content push and recently created its own video app for set-top boxes. The social-media company's made live streaming deals with the WNBA, BuzzFeed, Bloomberg News, The Verge, MLB, and others. While Facebook and Snap are going the scripted-TV route, Twitter is focusing all of is attention on live TV for now.

It's not all sunshine and rainbow lenses

While Snap may be making a smart move in signing content deals -- which could could bring more advertising revenue -- investors should also note that there's no guarantee these deals will pay off.

The company is still very young, and its business of selling ads and filters in its app still has a lot to prove. The company is burning through cash, and there are signs that its user growth is slowing. We'll get a better picture of how the company is doing when it reports its first-quarter 2017 earnings. For now, current investors should be pleased with the original content deals Snap is making, but it's certainly not a reason to be bullish on this nascent tech player.