The company reported first-quarter results and lowered its full-year outlook.

Shares of Silver Spring Networks (NYSE: SSNI) have fallen today, down by 14% as of 12:15 p.m. EDT, after the company reported first-quarter earnings.

Revenue in the first quarter totaled $50.3 million on a GAAP basis, with non-GAAP billings coming in at $68 million. Non-GAAP operating expenses were $35 million. Silver Spring posted a GAAP net loss of $23.2 million, or $0.44 per share. The company ended the quarter with $116.6 million in cash and equivalents on the balance sheet. Silver Spring has now delivered more than 26 million cumulative network endpoints to date. 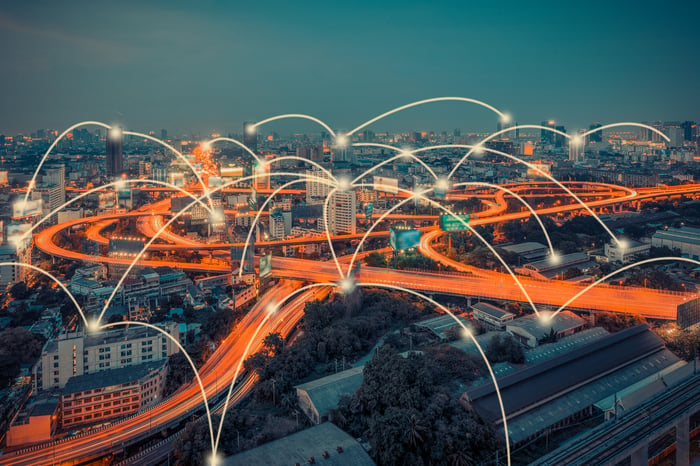 In a statement, CEO Mike Bell said that Silver Spring is in the process of "right-sizing our expense structure to support our goal of profitable growth as we extend Silver Spring's technology to the broader Internet of Important Things markets." The company slightly lowered its outlook for 2017. Silver Spring now expects full-year 2017 billings to be "in the range of flat to up approximately 5% versus last year." In February, the company had guided full-year billings to a range of $300 million to $320 million, which would have represented growth of 2% to 9% relative to 2016's $294.6 million in billings.