Looking for stock market bargains that won't keep you up at night with their massive daily swings? You've come to the right place. 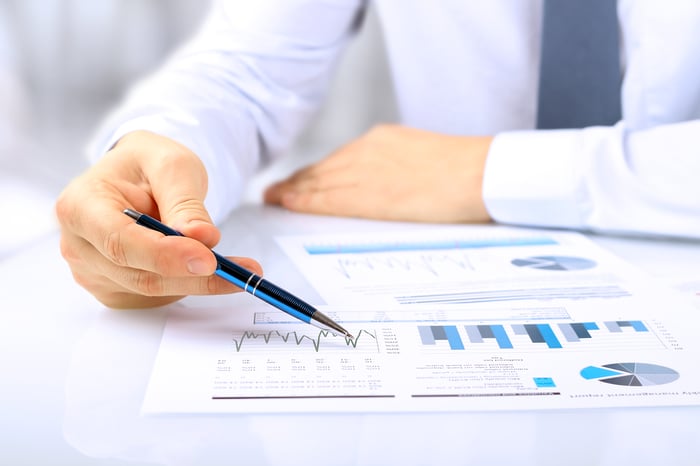 A healthy play on demographics

Kristine Harjes (CVS Health): Most people know CVS Health for its network of retail pharmacies. With almost 10,000 locations, including pharmacies within Target stores, CVS is a go-to place to pick up prescriptions and buy over-the-counter healthcare products. Plus, with the launch of its in-store healthcare clinics -- called Minute Clinics --  CVS is handling more basic healthcare needs for its customers than ever.

However, the real driver behind CVS' business is its pharmacy benefits manager (PBM) segment. PBMs negotiate between payers and makers of drugs to bring the prices down, and they take a small chunk of the savings as their reward. CVS is one of the United States' largest PBMs – and in this industry (as in many others), size confers essential negotiating leverage. Meanwhile, a client retention rate around 97% shows that it's also keeping its customers happy.

According to CEO Larry Merlo, 2017 will be "a rebuilding year," and the stock's price has been depressed accordingly. Competition is mounting between CVS and the other heavyweight in the retail pharmacy space, Walgreens Boots Alliance, which stole away two major customer accounts representing roughly 40 million prescriptions last year.

However, long term, CVS has a major tailwind in the graying of America, which will only increase demand for its services. CVS Health is projected to see annual earnings growth in the double digits over the next five years, and shares are trading for under 17 times trailing earnings and less than 14 times forward earnings. Combine that with a dividend yield topping 2.5% and a generous share buyback program, and you have a promising value stock for investors willing to wait out this rebuilding year.

The big one that won't fall

Over the past few years, a number of sporting goods chains have been pushed into bankruptcy by the changing shopping preferences of consumers. Among the fallen were Eastern Mountain Sports, Sports Chalet, City Sports, and of course Sports Authority. Recently, Gander Mountain and MC Sports went under too, as did niche players like Golfsmith and Total Hockey. Cabela's (NYSE:CAB) remains in a difficult situation, but is hoping its acquisition by privately held Bass Pro Shops gets antitrust approval.

Amid all that turmoil, Dick's stands tall, and remains one of the relatively few bricks-and-mortar retailers actually expanding its footprint, with plans to open 43 new stores this year.

Along with that, Dick's sees new opportunities for growth. Its Golf Galaxy brand is opening new stores in former Golfsmith locations, and the retailer itself is branching out into apparel, introducing its own new clothing line Second Skin that will compete directly with Under Armour's wares. Considering that the apparel line will soon be sold in Dick's stores right alongside its rivals' threads -- and at a much lower price point -- this looks like a relatively low-risk foray into new territory for the company.

Dick's stock trades for less 20 times earnings, and only a fraction of its sales. And while its $0.68 per share annual dividend that currently yields 1.3% isn't quite a barn burner, the retailer remains a solid choice priced nearly 20% below its recent highs. Overall, it's a nice value investment for investors with more conservative portfolio ambitions.

The house that Buffett built

Brian Feroldi (Berkshire Hathaway): The recent market rally has caused valuations to stretch across the board. That's making it harder and harder for value investors to find places to put money to work. However, even now, I think that even conservative investors can find reasons to believe that Berkshire Hathaway's stock still holds potential.

It isn't easy to describe what Berkshire Hathaway does in just a few sentences. This megaconglomerate makes its money from owning a diverse set of businesses that includes Borshiems Fine Jewelry, Duracell, Fruit of the Loom, GEICO, railroad giant Burlington Northern Santa Fe, See's Candies, Benjamin Moore, Nebraska Furniture Mart, and more. When combined, these companies allow Berkshire to pull in more than $223 billion in total sales last year and crank out more than $24 billion in total profits. In addition, Berkshire also holds sizable positions in several dozen publicly traded companies such as Coca-Cola, American Express, Wells Fargo, and Apple.

While valuing all of Berkshire's individual businesses and stock holdings would prove to be a monumental task, Buffett himself uses a simple metric called the price-to-book ratio to get a rough idea of how much his company is worth. Buffett has routinely stated that Berkshire would happily buy back its own stock for less than 1.2 times book value, which suggests that he believes Berkshire's intrinsic value is meaningfully higher than that figure.

Currently, Berkshire's stock can be purchased for just under 1.4 times book value. While that's not the screaming bargain that it was last year, I still believe that today's valuation likely represents a discount to what Buffet thinks his company worth. If true, that makes right now a great time to consider picking up a few shares.