Please ensure Javascript is enabled for purposes of website accessibility
Log In Help Join The Motley Fool
Free Article Join Over 1 Million Premium Members And Get More In-Depth Stock Guidance and Research
By Timothy Green - May 11, 2017 at 12:59PM

Revenue declined by less than expected, and the company gave its full-year guidance a slight boost.

Shares of cloud-based engagement solutions provider LivePerson (LPSN -5.67%) jumped on Thursday following the company's first-quarter report. LivePerson produced revenue near the high end of its previous guidance range, edging out analyst estimates, and it raised the low end of its full-year revenue guidance range. That was enough to send the stock 20% higher by 11:45 a.m. EDT.

LivePerson reported first-quarter revenue of $50.9 million, down 8% year over year but $0.5 million higher than the average analyst estimate. Revenue was at the high end of the company's previous guidance range of $50 million to $51 million. 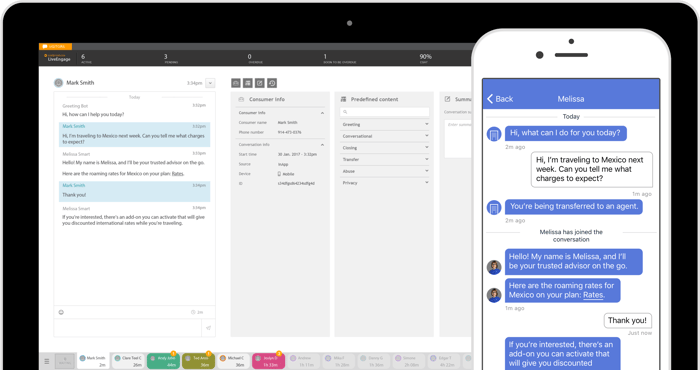 Non-GAAP earnings per share came in at $0.01, down from $0.03 in the prior-year period but in line with the average analyst estimate. GAAP net loss doubled year over year to $0.10 per share, with cost-cutting partially offsetting lower revenue.

LivePerson has been transitioning its business to its LiveEngage platform, which has led to revenue declines. The company stated that it's slightly ahead of plan, allowing it to boost its full-year guidance. LivePerson CEO Robert LoCascio pointed to positive trends during the first quarter:

We shifted back to a focus on growth in the first quarter. Our selling activity accelerated back to pre-migration levels, we signed multiple new messaging deals, and we generated a record average selling price. The breadth and sophistication of our enterprise-class LiveEngage platform affords LivePerson a clear lead as we aim to transform customer care.

Shares of LivePerson are still down around 50% since peaking in early 2012. But signs of progress during the first quarter were enough for investors to push up the stock.