Please ensure Javascript is enabled for purposes of website accessibility
Log In Help Join The Motley Fool
Free Article Join Over 1 Million Premium Members And Get More In-Depth Stock Guidance and Research
By Daniel Miller - May 12, 2017 at 12:41PM

The department store chain's net loss was a rough $0.58 per share, but adjusting for a restructuring charge, that actually beat analysts' estimates. It wasn't enough to impress investors, however.

The department store chain reported net sales of $2.71 billion, down from last year's $2.81 billion result and slightly under analysts' consensus estimate, which had called for $2.77 billion, per Thomson Reuters. Thanks to a weak retail environment and pressure from e-commerce sites, J.C. Penney's comparable-store sales were down 3.5%. Despite the weaker top-line, the company did manage to increase its gross margin year over year by 10 basis points to 36.3%, and generated adjusted earnings per share of $0.06. That's a much better bottom-line result than last year's loss of $0.32 per share, and better than the $0.21 per share loss Wall Street expected. 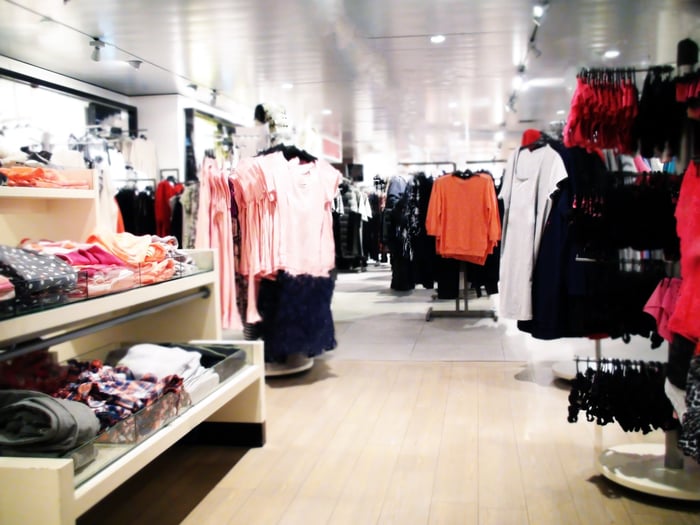 "We continue to make encouraging progress in the Company's competitive and financial position despite our top-line performance during the first quarter," said Chairman and CEO Marvin R. Ellison in a press release. "While February was a very challenging month for JCPenney and broader retail, we are pleased with our comp store sales for the combined March and April period, which improved significantly versus February."

It's pretty clear based on J.C. Penney's 10% slide Friday morning that investors just aren't buying into a rebounding retail story, even with the department store's improvements on margins and the bottom line. Despite Wall Street's unenthusiastic response, J.C. Penney is going to keep focusing on its growth initiatives such as its Sephora stores-within-stores model, its jcp.com e-commerce site, and its major appliance departments. If management executes successfully in those areas, perhaps Wall Street will come around.

J.C. Penney Reveals Which 138 Stores Will Be Closing Soon

3 Stocks I Would Avoid at All Costs