Let's face it: If you are a Twitter Inc. (NYSE:TWTR) shareholder, you are hoping for a change in the company's performance that may cause market perception to turn from negative to positive. The latest quarterly earnings report coupled with announcements on May 1 at the Interactive Advertising Bureau's 2017 Digital Content NewFronts may be the magic potion the market is looking for. 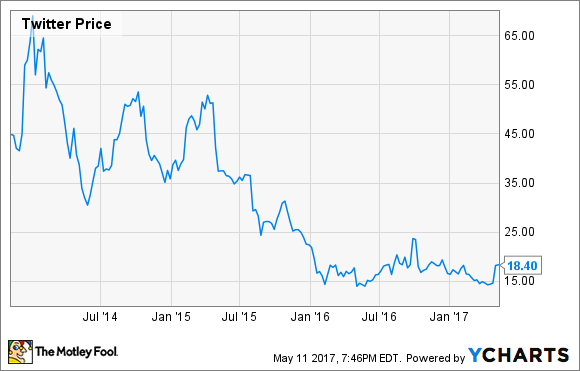 When Twitter reported quarterly earnings, it announced that it had increased its live video broadcasts to 800 hours in Q1 of this year. The company also noted that 45 million unique viewers, an increase of 31% from the previous quarter, watched the content. Twitter's strategy is moving into more use of live video broadcasts giving it multiple ways to win.

The company can sell advertising that will play like a traditional TV ad inside an event broadcast and target specific ads for specific viewers. This can attract ad partners who will begin working with Twitter through conventional ads and migrate over to Twitter's other ad products such as promoted tweets or engage users with pre-roll ads before highlight shows. Additionally the broadcasts may entice more users to its platform. More users will hopefully attract more advertisers, leading to more revenue.

Here is how management described the unique viewers in its Q1 shareholder letter:

In its most recent quarter Twitter had a total of 328 million monthly active users. International users numbered 259 million, or 79% of the total.

Below is a chart showing the category of live programming that Twitter streamed in Q1 that is capturing viewers' attention.

Twitter management then proceeded to tell shareholders to stay tuned as it would be presenting its full slate of video plans to potential advertisers at the Interactive Advertising Bureau's 2017 Digital Content NewFronts on May 1st. This would be the company's first appearance at the event which is held annually to show advertisers the upcoming slate of content from digital companies like Twitter.

If as an investor, you were concerned that Twitter didn't have anything new to offer advertisers you may want to reconsider. The company announced deals with Bloomberg News to have a 24/7 live streaming news network launching this fall, Live Nation Entertainment, Inc for concert events, the WNBA for women's basketball, along with nine other agreements. 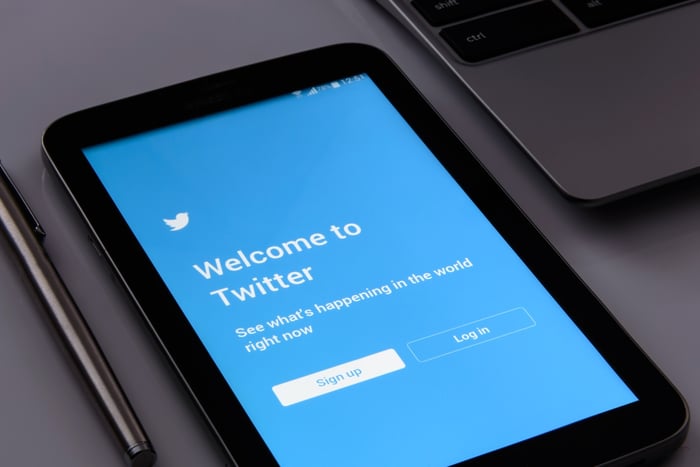 Terms of all of Twitter's 12 new live streaming content deals were not disclosed. Therefore, as an investor there are no specifics to analyze but there is certainly a trend to live video that is bound to attract advertising dollars. Looking back at the just completed quarter the fact that 60% of the unique viewers of the live streaming content were from outside the U.S. opens a whole new world for advertisers with global product reach and viewers interested in watching U.S. based live content. Pre-roll ads for shows of shorter time duration and in event ads for longer broadcasts may become a completely new source of revenue for the company both domestically and on the international stage.

In Twitter's most recent quarter 86% of revenue was derived from advertising.  Twitter's live streaming plan is an attempt by management to grow that revenue by monetizing its current user base. The numbers indicate it is a young user base.

The Pew Research Center conducted a study in 2016 as to the internet habits of Americans. Below is a chart showing the demographics by age of U.S. Twitter users from the entire population of U.S. internet users.

Clearly the 18 to 29 age group, which is of prime importance to advertisers, contains the highest percentage of the population that uses Twitter. The age group that is the most active on Twitter combined with 55% of the live stream viewing in Q1 coming from users under the age of 25 should give advertisers an incentive to test Twitter's new lineup. These advertisers are looking for ways to reach a younger audience that is migrating away from watching traditional television where for decades advertisers have poured the bulk of their ad dollars. These cord cutters, or in many cases cord-nevers, give Twitter an ideal platform for advertisers to attempt to reach this difficult-to-reach audience.

The new live programming provides Twitter's salespeople a new product to sell advertisers. If a young audience begins to watch shows such as eSports on Twitter this is a surefire way to capture more ad dollars.

Look on the bright side

Since announcing earnings and presenting at the NewFronts Twitter stock has risen more than 20%. It will take time for the entire menu of new streaming shows to roll out and advertisers will want to test the waters. My advice to stockholders would be to be patient and let the new product direction have time to develop. For anyone thinking about buying into Twitter I wouldn't let the recent rise in the price keep me away. If the new live streaming product can attract more advertising revenue in ways the company has not typically advertised in the past this may be just the start for the company to find new ways to fully monetize its user base.