Please ensure Javascript is enabled for purposes of website accessibility
Log In Help Join The Motley Fool
Free Article Join Over 1 Million Premium Members And Get More In-Depth Stock Guidance and Research
By Leo Sun - May 15, 2017 at 1:53PM

These five lesser-known facts about the casino giant might change your views about the company and its controversial founder.

Investors likely know that Las Vegas Sands (LVS 5.86%) owns major casinos and resorts, including the Venetian and Palazzo in Las Vegas, and the Venetian Macao and Parisian in Macau. They probably also know that Sands recognized the growth potential of Western casinos in Macau long before its American rivals.

However, the Sands story includes many other interesting side stories. Let's take a look at five lesser-known facts that may change your perception of this company. 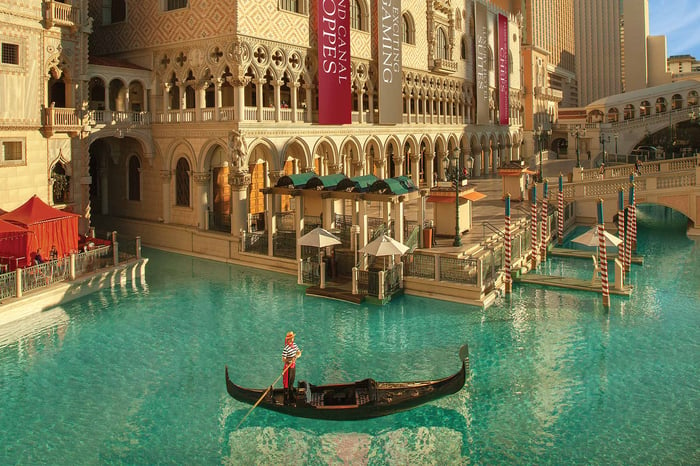 1. Sheldon Adelson got his start in trade shows

Las Vegas Sands founder and CEO Sheldon Adelson didn't start out in the casino business. His career actually started with the development of COMDEX, the computer trade show that ran from 1979 to 2003. Adelson developed COMDEX with two partners -- Robert Lively and Richard Katzeff -- at their company, The Interface Group.

COMDEX generated so much cash over the years that Adelson and his partners purchased the Sands Hotel and Casino in Las Vegas from MGM Grand (now MGM Resorts (MGM 11.30%)) in 1989, and founded Las Vegas Sands that same year. The following year, the company built the Sands Expo and Convention Center, which became the first privately owned and operated convention center in the U.S.

2. A honeymoon in Venice changed everything

When Adelson went to Venice on his honeymoon with his second wife in 1991, he was inspired to build his first "mega resort" hotel. Upon returning to Vegas, he demolished the historic Sands Casino to build The Venetian, a Venice-themed resort hotel and casino with canals, gondolas, and singing gondoliers. The flagship property opened in 1999. 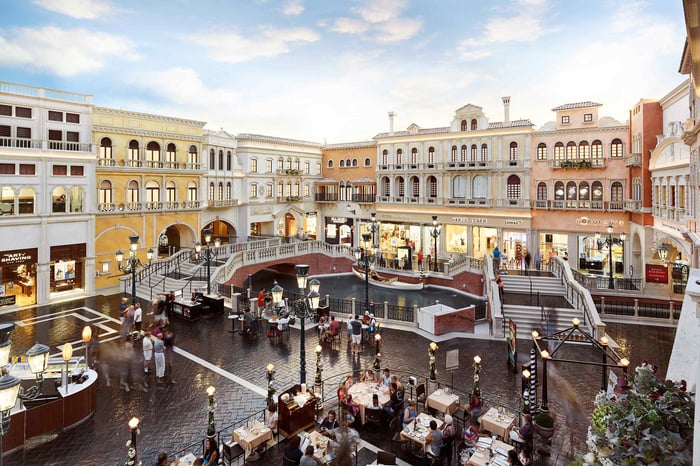 The Venetian -- along with Caesar Entertainment's (CZR) Paris Las Vegas and MGM's Bellagio and New York-New York -- sparked a "renaissance" for the aging Las Vegas Strip during the late 1990s. Sands followed up the Venetian in 1999 with a sister resort, the Venetian Macao, which opened in 2007.

Las Vegas Sands nearly went bankrupt during the financial meltdown of 2008-2009. The company was over-leveraged from all of the projects it was pursuing in Macau, a contracting global economy crushed spending at casinos and hotels, and tighter visa rules for Mainland Chinese visiting Macau reduced gaming revenues in its hottest growth market.

Sands' stock plunged to under $2 per share in early 2009. To stop the bleeding, Adelson infused $1 billion of his own cash into the company. In an interview with Forbes, Adelson called it an "easy decision" because he had "plenty of money left" for his family. That personal bailout paid off in spades -- Las Vegas Sands has since rebounded to the high $50s.

In late 2015, Adelson purchased the Las Vegas Review-Journal, the biggest newspaper in Nevada. The purchase was highly controversial since Adelson was a staunch Republican with heavily pro-Israel views, a major political donor to Republican candidates, and one of President Trump's biggest backers.

Adelson's purchase of a major newspaper coincidentally resembles his very first business decision. At the age of 12, Adelson borrowed $200 from his uncle (over $2,700 in today's dollars) to buy a license to sell newspapers in Boston. This led to dozens of other business ideas like selling candy vending machines, toiletry kits, chemical de-icers for windshields, and charter tours -- which likely toughened him up for his eventual ventures into computer trade shows and casinos.

5. It owns a fleet of aircraft

Las Vegas Sands owns one of the world's biggest private fleets of aircraft, which is based at McCarran International Airport. The fleet includes eight full-size Boeing (BA 5.64%) and Airbus aircraft, along with 10 smaller (Gulfstream and Hawker) private jets. Sands uses this fleet to transport its executive officers and VIP guests to its main properties in Las Vegas, Macau, and Singapore.

The story of Las Vegas Sands is a fascinating one -- of a kid who started out selling newspapers, grew up to run trade shows, demolished a historical Vegas casino to build a megaresort, and expanded to Macau before his rivals figured out the growing importance of Chinese gamblers.

New chapters of that story are still being written, with Adelson partly funding the construction of a new stadium for the Las Vegas Raiders. Adelson is also reportedly eyeing additional Asian markets -- like Japan, Taiwan, South Korea, Vietnam, and Thailand -- for future expansions. Looking ahead, it's pretty clear that 83-year-old Adelson, who still hasn't named a formal successor, doesn't plan to slow down anytime soon.