Has this growing niche run out of steam?

A few years ago, a start-up called GoPro (GPRO 3.89%) carved out a high-growth niche in the stagnant camera market with its Hero action cameras. Sales of those cameras surged until 2015, but started sliding after GoPro -- and a growing number of rival camera makers -- seemingly saturated the specialty market. 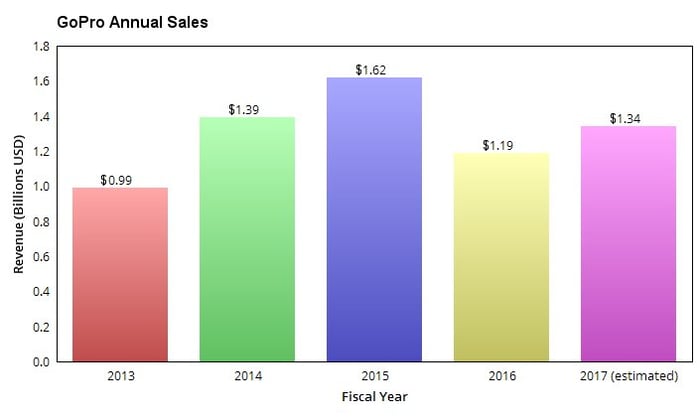 To counter those headwinds, manufacturers are developing next-generation cameras for capturing 360-degree content. These panoramic videos can be viewed by swiping through a video, moving the mobile device, or wearing a virtual reality headset. These "niche within a niche" devices include Samsung's Gear 360, Ricoh's Theta, Kodak's PixPro SP360, and GoPro's upcoming Fusion.

Despite the recent speed bumps, the action-camera market could still keep growing. Research firm Global Market Insights expects the size of the global action camera market to grow at a compound annual growth rate of more than 22% between 2016 and 2023 -- so companies like GoPro could still have room to run.