Please ensure Javascript is enabled for purposes of website accessibility
Log In Help Join The Motley Fool
Free Article Join Over 1 Million Premium Members And Get More In-Depth Stock Guidance and Research
By Billy Duberstein – May 15, 2017 at 11:05AM

Target is hoping its big-city dreams will pave the way for a turnaround. But will the strategy work?

Punk rockers, NYU students, and hipsters, rejoice. Target (TGT 0.60%) is coming to a neighborhood near you in Manhattan. The company known for its presence in suburban power centers and family oriented merchandise is invading the lower east side at Essex Crossing, near the on-ramp to the Williamsburg bridge.

The rollout will be an early test of Target's cachet in trendier urban settings, and is an important part of the company's strategy to transform itself for a world that is increasingly urban and digital. 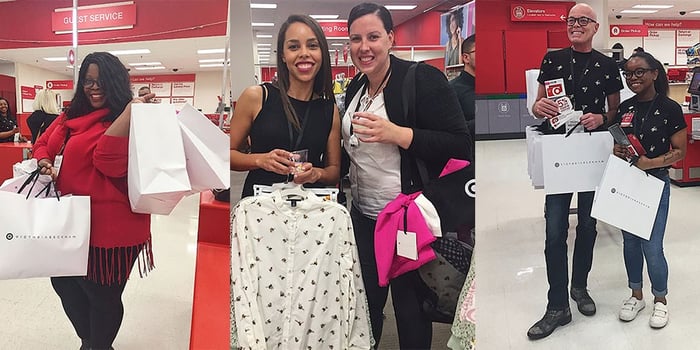 The company signed a lease for 22,500 square feet on the second floor of the building, which is still under construction and will have rental apartments above and a Trader Joe's below. That Target is opening above a Trader Joe's is interesting, since Target is attempting to turn around its food business. My guess is that the grocery section will be absent from this smaller-format store.

This marks one of five stores that Target plans to roll out over the next three years in New York. One planned opening will be across from the Herald's Square Macy's, signaling the company is unafraid of attacking the competition even as the entire industry seems to be in retreat. So far in 2017, the amount of retail closures has more than doubled from last year, and is on track to outpace even the 2008 recession.

While many retailers are going on defense, Target is investing through the cycle, opening up more smaller-format and urban stores such as the Essex Crossing store. The company is increasing its smaller-format store count from 32 to 130 over the next two years, in cities and on college campuses.

Target believes that having stores closer to the densely populated areas will help the company transition to a more e-commerce and volume-based retailer. The company believes its large store count in close proximity to much of the US population positions it well for an e-commerce model that will feature fast delivery times, as well as order online and pick up in-store within one hour. The company is combining these investments with price reductions in the hopes of creating more volume. Finally, many of Target's new stores will feature two entrances – one for people who wish to drop in and pick up things quickly, and another entrance for those who wish to shop in the store.

Basically, Target sees that it will have to go head-to-head with Amazon and Walmart, aggressive price-cutters with robust e-commerce platforms.

I happen to think that these bold moves from Target are the correct ones to make, though I'm not sure the company has a choice. It's being dragged into more ruthless competition, and while management may be making the correct moves, that is not a guarantee things will work out.

For one, rents and labor costs in urban centers are much higher than in the suburbs. Two, while cities are densely populated, there is also much more competition nearby. Target will not only have to be close to its customers, but also offer compelling services and value.

Even Wal-mart tried its hand at smaller-format stores, calling the segment Walmart Express, and could not make it work. The company sold the unit earlier this year. Moreover, Amazon is looking to open up its own brick-and-mortar stores in the future.

Target occupies an interesting niche in between the beaten-up apparel retailers and large-scale discounters such as Walmart and Amazon. With the new offensive strategy to attack urban environments, compete on price, and renovate into new store formats, the company is definitely trying to become more like the latter; however, success is far from certain, and other retailers have failed at similar transformations. Target may, in time, make for an interesting turnaround candidate, but investors wont' know for at least a few quarters whether the strategy is working or not. For now, I'm watching from the sidelines.