Please ensure Javascript is enabled for purposes of website accessibility
Log In Help Join The Motley Fool
Free Article Join Over 1 Million Premium Members And Get More In-Depth Stock Guidance and Research
By Ashraf Eassa - May 15, 2017 at 2:30PM

AsusTek can't turn its success in personal computers and related components into excitement for its ZenWatch smartwatch lineup.

Although the Apple (AAPL -1.07%) Watch might not have met some of the loftier sales expectations put forth before it launched, the reality is that the kind of success that Apple has had with Apple Watch is enviable. According to Strategy Analytics (via MacRumors), Apple shipped 11.6 million Apple Watches during 2016, giving it more than half of the entire smartwatch market that year.

Furthermore, considering that the lowest-end Apple Watch (the Series 1) starts at $269, the revenue Apple is surely raking in from its smartwatch is significant -- billions of dollars annually. 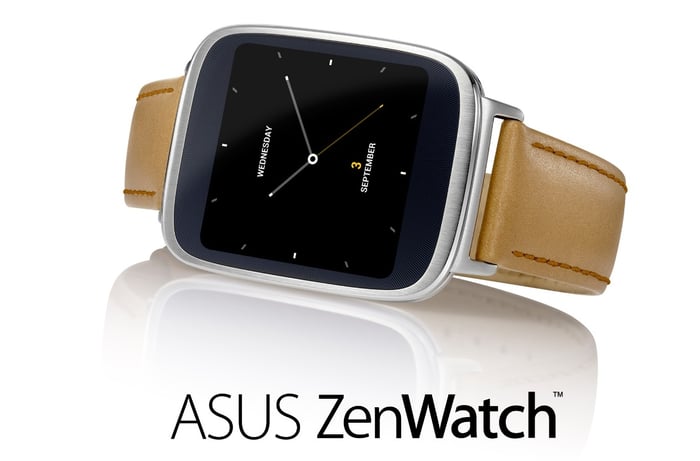 However, not all smartwatch vendors are destined to succeed in this nascent market, and it seems that AsusTek Computer, a popular vendor of personal computers and related components, isn't doing so well here, according to DigiTimes.

DigiTimes claims that AsusTek is "likely to discontinue the development of its ZenWatch product line as sales of its smartwatch devices have been lower than expected." To get a sense of how badly these things were reportedly selling, DigiTimes says that AsusTek ships between 5,000 and 6,000 ZenWatch units per month. If we take the midpoint of that range and multiply it by 12, then annual shipments of the ZenWatch lineup should come out to around 66,000 units.

To make matters worse, AsusTek doesn't enjoy anywhere close to the average selling prices that Apple commands with its Apple Watch lineup. On Amazon.com (AMZN -1.98%), the latest ZenWatch 3 sells for $212 (cheaper than the cheapest Apple Watch), while older ZenWatch 2 models can be had for as low as $80.

Now, it's important for investors to recognize that there are significant expenses associated with the ZenWatch product line, such as marketing costs as well as research and development spending to bring future ZenWatch models to life.

The all-in costs of the AsusTek ZenWatch line are likely well more than the revenue it's bringing in from the product line, let alone the gross profit, so the company is almost certainly burning a lot of money trying to participate in the smartwatch market.

It's clear that it's time for AsusTek to bail.

Why AsusTek needs to ditch this market

It doesn't seem likely that smartwatches, in general, will be anywhere near as successful as smartphones -- sorry, technology industry, but this isn't the "next big thing" that you're so desperately searching for.

Apple has clearly been successful in the smartwatch market, and I think its unique position as the market leader with tight control of the hardware and software experience, as well as a broad and deep ecosystem of related products, will allow it to continue to profit handsomely from smartwatch sales.

For most other vendors, though, I just don't see it. And with respect to AsusTek specifically, the company is very well-known and highly respected in the personal computer and related component market (particularly among the gaming community), but it's clear that the average consumer simply doesn't care about AsusTek-branded smartwatches.

In that light, I think AsusTek would be wise to bail on this market and focus on all of the other compelling opportunities ahead of it, especially given that the personal computer gaming market is booming.