Scotts Miracle-Gro (NYSE:SMG) is the exclusive marketer of Monsanto's (NYSE:MON) herbicide Roundup. While the biotech is in the process of being bought out by global chemicals giant Bayer (OTC:BAYR.Y), an acquisition that could see the agreement with Scotts cancelled, maybe the lawn and garden company should take the proactive step and end the partnership on its own.

Although Scotts generates some 5.5% of its $2.8 billion in total sales from the Monsanto weedkiller, about $154 million, it is losing sales and may be doing more harm to its reputation by maintaining the agreement. While it is hard to quantify how much revenue it is losing, it's clear the Scotts Miracle-Gro name is getting besmirched by its association, and that, too, is tough to put a price tag on. 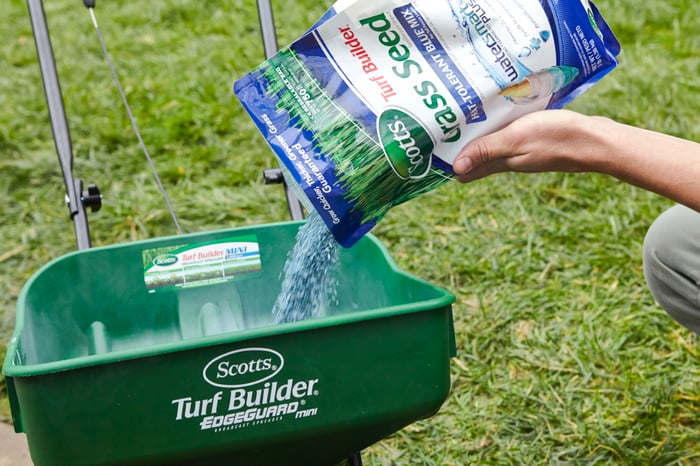 Roundup is the premier weedkiller on the market and the largest crop protection brand in the world. Monsanto generated more than $3.5 billion from herbicide sales in 2016, most of which were Roundup. While those segment sales are actually $1.2 billion less than they were the year before as lower pricing and volumes weighed on the business, it's clear they're still a significant portion of Monsanto's business.

More important for the biotech are its seed and genomics businesses, which are predicated on engineering resistance to the herbicide. Going under the Roundup Ready trademark, it has patent protection on various forms of these traits that extend well into the next decade that helped the seed and genomics segment generate $10 billion in sales. Both of those business have a symbiotic relationship and are quite valuable for Monsanto -- and for Bayer, if it makes the purchase.

Not so with Scotts. While being the exclusive distributor here in the U.S. and in select other markets around the globe has its benefits, and the total net sales it realized from its marketing agreement with Monsanto rose 17% last year, Scotts actually owns a portfolio of important and highly recognizable brands of its own, including both Scotts and Miracle-Gro, but also Osmocote, Ortho, and TurfBuilder. 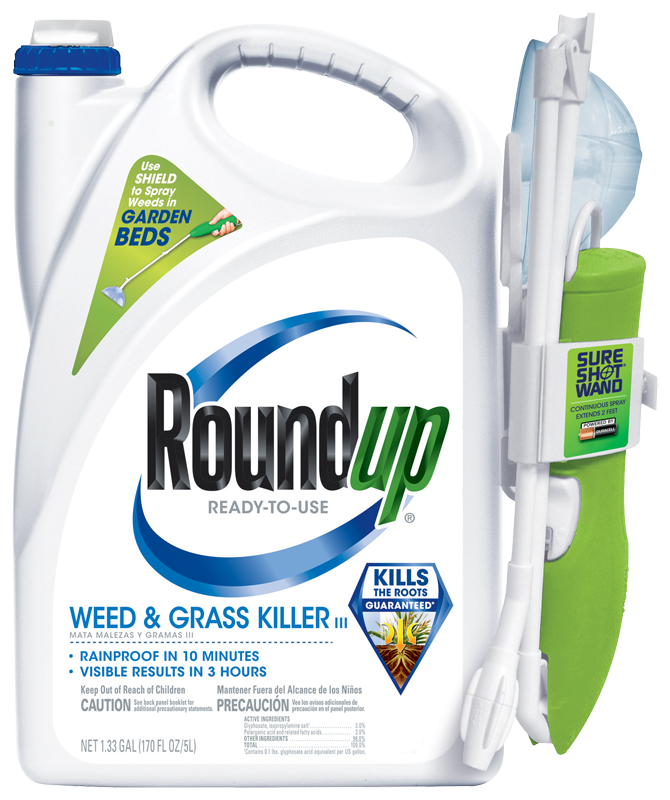 Still, Scotts Miracle-Gro obviously sees Roundup as important. Under the extension of the agreement between the two companies signed in 2015, Scotts paid $300 million to be able to sell the herbicide in more markets, such as China and Latin American, and use it in other areas, such as its lawn care business that it previously wasn't able to. At the time of the extension, Scotts said, "a significant percentage of our current profitability is related to the existing Roundup business," and its most-recent annual report said it would "lose a substantial source of future earnings" if Monsanto terminated the deal. It reportedly generates some $70 million in net profits annually from Roundup.

With the pending merger between Monsanto and Bayer, that is a possibility, though Scotts negotiated enhancements of its rights under a change of control, including a $200 million termination fee and the right to continue selling Roundup for five years after any change of control in Monsanto's business.

Digging itself a hole

Still, does Scotts do more harm than good by this agreement? Scotts' other brands obviously contribute more toward Scotts' total revenues than does Roundup, and the lawn-care specialist is hurting its potential for additional sales through them. 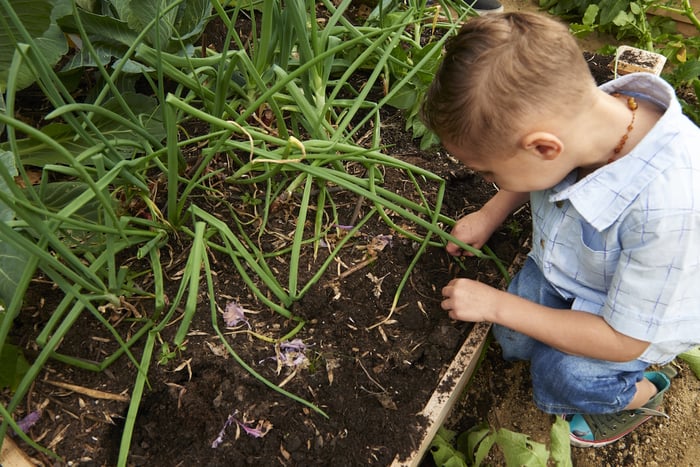 Just take a stroll through any gardening discussion board, and two things immediately pop up: a general disdain for Monsanto and its products and a swearing off of all Scotts products because of its relationship with the agtech company. There's also a widespread misconception that Scotts is actually owned by Monsanto.

Many people dislike Monsanto's role in the proliferation of genetically modified organisms, which are anathema to organic gardeners and farmers. Because of the biotech's actions (and a lot of misinformation, too), GMOs are viewed at best skeptically, and at worst as an abomination. Right or wrong, some people will never be convinced to use Monsanto products.

Scotts is not owned by Monsanto, but the idea is so pervasive because of the marketing agreement and the close ties between the two. These people express strong opinions that they want nothing to do with a company that distributes a product many view as harmful to the environment. And Scotts Miracle-Gro's support for Monsanto's GMO creeping bentgrass, a turf originally made for golf courses, but which escaped into the wild, similar to strains of GMO wheat that at times have threatened U.S. exports, wins it no friends.

Regardless of whether people are correct in their fears or not, they exist, and it hurts sales of Scotts' other products.

It also did Scotts no favors when glyphosate -- the active chemical in Roundup -- was declared a probable carcinogen by the International Agency for Research on Cancer, the U.N.'s cancer research center at the World Health Organization. While controversial, it will hurt sales globally, and as noted earlier, Monsanto was already feeling pressure because of falling volumes and prices.

Scotts certainly derives some very real advantages from its partnership with Monsanto. For example, its new Roundup for Lawns business -- which doesn't actually include Roundup (there's no glyphosate in the product; it just uses the Roundup name) --  got off to a strong launch with $45 million in sales this past quarter, though it did cannibalize some existing Ortho sales.

Yet Roundup also comes with a lot of baggage and undeniably hurts Scotts image as well as sales from those who might otherwise buy Scotts products but for its relationship with Monsanto and Roundup. And as knowledge that the expanded agreement between the two actually leads Scotts to promote products that are even more toxic than glyphosate, it may face an even bigger blowback.

It's hard to quantify exactly how many sales Scotts Miracle-Gro foregoes because of this partnership, and it is possible Roundup sales actually outweigh those lost, but there is still harm to the brand reputation, which seems like a preventable forced error. It might be one the lawn-care specialist would be better off not committing simply by not having Roundup in its portfolio.