Please ensure Javascript is enabled for purposes of website accessibility
Log In Help Join The Motley Fool
Free Article Join Over 1 Million Premium Members And Get More In-Depth Stock Guidance and Research
By Matthew Frankel, CFP® – May 16, 2017 at 2:26PM

JPMorgan Chase has split its stock four times since 1982. When will it happen again?

At a recent share price of $87.37, JPMorgan Chase (JPM 0.19%) is the most expensive of the U.S. big bank stocks on a per-share basis. The company has split its stock several times in the past, so another stock split in the near future isn't totally out of the question.

Here's JPMorgan Chase's stock split history and the benefits that could come if the bank decides to split its stock again. 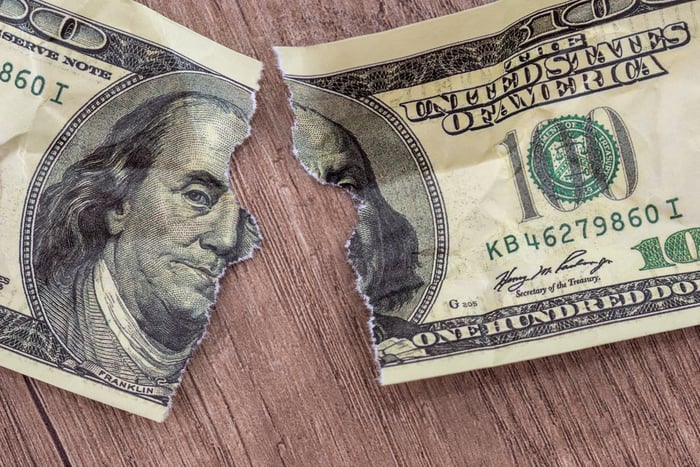 As I mentioned, JPMorgan Chase has split its stock several times -- four in the past four decades, to be exact.

While the company's next stock split is anyone's guess, the general idea behind a stock split is to keep the share price in a certain range. And aside from the 1998 split, which occurred after a massive bull run (JPMorgan Chase's stock price roughly quadrupled from 1995 to 1998), it seems the bank's historic stock splits have all occurred in a pretty narrow price range when adjusting for inflation.

The reasons behind a stock split, and how a split could benefit JPMorgan Chase's investors

As I briefly mentioned earlier, the basic idea behind a stock split is to keep the stock's price at a certain level, generally to keep shares accessible for smaller investors. As a more extreme example, Apple's stock was trading for nearly $700 before it split 7 for 1 in 2014. Before the split, if a smaller investor had say, $500 to invest, he or she couldn't afford to buy a single share.

While JPMorgan Chase's stock isn't in the "unaffordable" realm just yet, at least in my opinion, a split would allow smaller investors to put more of their money to work.

To illustrate this, let's say an investor had $500 to invest and wanted to buy some shares of JPMorgan Chase. At the current share price, this investor would be able to afford five shares and would have $63.15 left over uninvested, ignoring the effects of trading commissions.

However, if JPMorgan Chase decided to split its stock 2 for 1, the share price would be roughly $43.69, and our investor would be able to buy 11 shares with $500 and would only be leaving $19.41 on the sidelines.

While there's no way to know for sure if and when JPMorgan Chase will split its stock again, if history is any indicator, the bank could split its stock in the not-too-distant future -- especially if bank stocks continue to rise by another 30% or more. A split would help keep the share price low for smaller investors, who would be able to put more of their money to work in JPMorgan stock.