Please ensure Javascript is enabled for purposes of website accessibility
Log In Help Join The Motley Fool
Free Article Join Over 1 Million Premium Members And Get More In-Depth Stock Guidance and Research
By Timothy Green - May 17, 2017 at 3:05PM

The company is going after the lucrative high-end PC CPU market with its various Ryzen chips, including a 16-core monster launching this summer.

Advanced Micro Devices (AMD 1.68%) held its annual Financial Analyst Day event on May 16, providing an update on its strategy and its long-term financial targets. AMD expects to return to profitability this year, at least on a non-GAAP basis, along with double-digit revenue growth and gross margin expansion. It expects those trends to continue through 2020, producing non-GAAP EPS of at least $0.75 in that year.

A shift toward premium products will be a major driver of this growth. AMD has long been known, at least in the CPU market, as being a cheaper alternative to Intel (INTC 0.84%). The company wants to shed that reputation. AMD has already launched Ryzen CPUs for desktop PCs, a vast improvement over the company's previous-generation chips, and a slew of other premium products are coming this year. 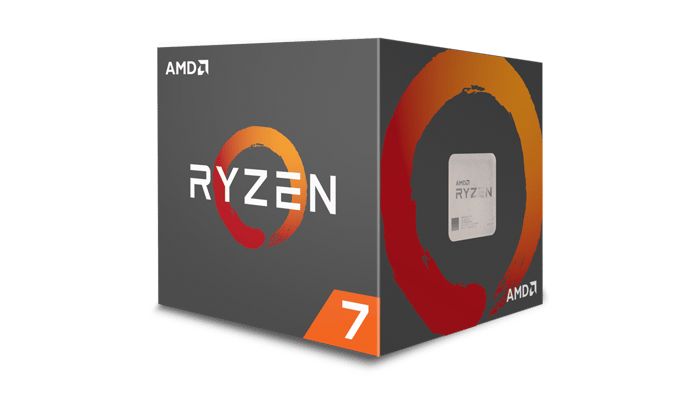 Of course, Intel won't take kindly to AMD going after its lucrative premium products. Chipzilla will no doubt be launching new products and cutting prices if necessary to beat back AMD, making the company's financial targets no sure thing. AMD will be launching new Vega GPUs and its EPYC server processors later this year as well, but it will be going against similarly entrenched competition in those markets.

A focus on profitability

AMD expects to grow revenue by a low-double-digit percentage in 2017, a goal that may seem disappointing to investors considering all the new products set to launch this year. AMD is going after high-margin revenue, aiming to boost its non-GAAP gross margin to 34% this year, up from 31% in 2016 and 28% in 2015. By 2020, AMD expects its gross margin to exceed 40%.

Along with boosting the gross margin, AMD expects to bring down operating expenses as a percentage of revenue, mostly by keeping costs in check as revenue grows. The non-GAAP EPS target of $0.75 by 2020 represents about $700 million of non-GAAP net income at the current share count, and it expects to produce at least some non-GAAP net income in 2017.

In the PC market, AMD will be going after the premium segment. According to the company, 79% of revenue in the PC CPU market comes from the premium segment, along with 55% of unit volume. Prior to Ryzen, AMD was concentrated in the mainstream segment and below. With Ryzen, the focus shifts to gaining premium market share.

Ryzen 7 and Ryzen 5, the high-end and mainstream lines of Ryzen CPUs, have already launched for desktop PCs, with the lower-end Ryzen 3 coming later this year. The key feature of Ryzen is the number of cores; the higher-end models have eight cores, double the number found in most Intel processors. Major PC original equipment manufacturers like HP and Dell are expected to launch Ryzen systems during the second quarter, boosting the total addressable market.

The mobile version of Ryzen will be coming during the second half, featuring graphics based on the company's Vega GPU. The focus again will be on performance, with AMD promising big increases in CPU and GPU performance. AMD is also launching Ryzen Pro, aimed at the commercial market, during the second half. The headline product will be Threadripper, AMD's 16-core high-end desktop processor set to launch during the summer.

Intel won't be sitting on its hands as AMD goes after the most profitable portion of the PC CPU market. There are rumors that the company plans to launch a new line of Core i9 processors featuring up to 12 cores to combat AMD, and it certainly has room to adjust its prices if necessary. With AMD focusing on boosting its margins, it won't have that much room to undercut Intel on price.

Investors betting that AMD will hit its long-term goals should know that the stock already trades for 16 times the 2020 EPS target. The market is assuming AMD will succeed, a perilous situation for investors if the company falls short. Ryzen puts AMD in a much-improved competitive position compared to a few years ago, and both Vega and EPYC have a lot of potential. But it will still be a battle to pry away premium market share from Intel.